That’s the title of a newly released book written by Eswar Prasad, an authority on the Chinese economy (and international finance). 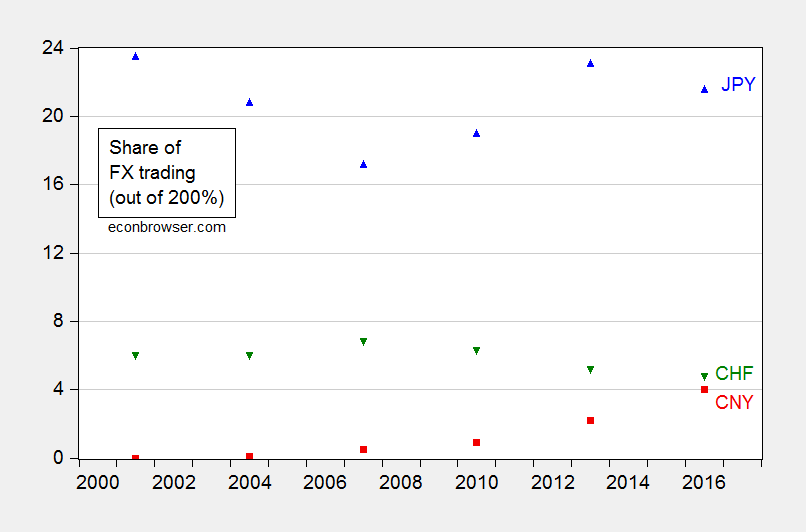 Gaining Currency documents the RMB’s impressive rise, with China successfully adopting a unique playbook for promoting its currency. China’s growing economic might, expanding international influence, and the rise of its currency are all intricately connected. The book documents how China’s government has tied these goals together, enabling faster progress toward each of them.

As China’s economy catches up in size with that of the U.S., is the RMB on track to become the dominant global reserve currency? Gaining Currency argues that there are limits to the RMB’s ascendance. Notwithstanding all the hype, the RMB will erode but not seriously challenge the U.S. dollar’s dominance in international finance. Still, the RMB is set for an exciting ride in the years to come.

This is a must-read book for those interested in the international role of China’s currency. Some of the components might be familiar to some readers — including from this post, with my views here (entire conference volume here) — some is surely going to be new to lots of readers. For me, I really learned a lot about China’s currencies during interwar years and what a “real” currency war looks like.

While my views on the prospects for RMB internationalization are a little less optimistic than Eswar’s — largely colored by my views of how Chinese policymakers weigh financial development against policy autonomy — it’s clear the RMB is here to stay as an important regional currency, and we need to pay attention to this new reality.