Brad DeLong reminds me of how badly Kansas is doing, when viewed from a longer perspective.

Figure 1 shows series from both the household and establishment series. 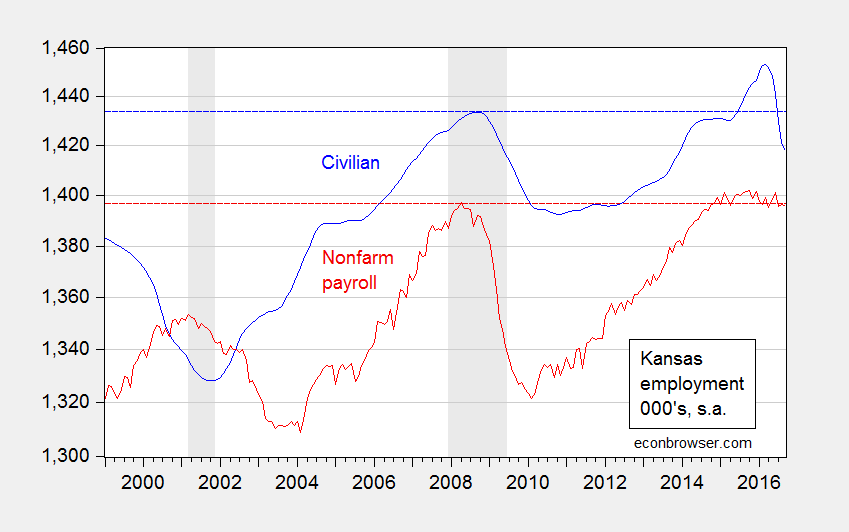 Note that the establishment series is now below not only its recent peak, but also the peak recorded in the last recession – albeit just barely (the twelve month change is not statistically significantly negative). The contrast with national performance is shown in this post. The household series — which encompasses farm employment — is also below the peak recorded in the last national recession as defined by the NBER. Keeping in mind that in 2015, the population of Kansas was about 3.7% higher than it was in 2008, this is truly remarkable accomplishment, which merits greater attention.

2 thoughts on “More on the Kansas Employment Collapse”