The Philadelphia Fed released coincident indices today. Figure 1 shows state-by-state 3 month trends. Needless to say, the outlook for Kansas — that laboratory for supply side nostrums — is not auspicious. 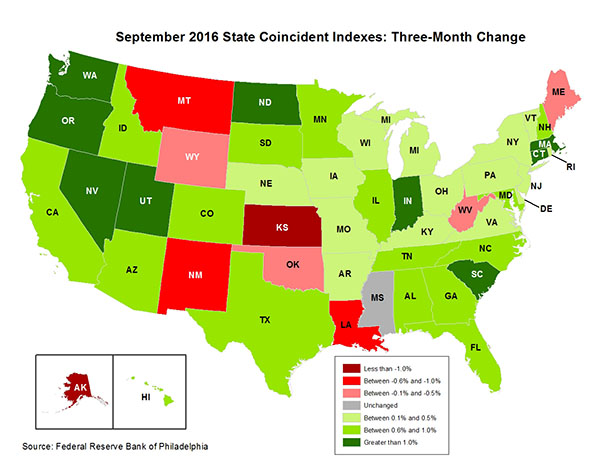 While Alaska seems to be in the running for worst performing, in fact the 3 month (annualized) decline of 4.5% for Kansas is the worst in the 50 states.

Figure 1 places the Kansas economic experience in the context of its neighbor’s, Missouri, and the Nation’s. 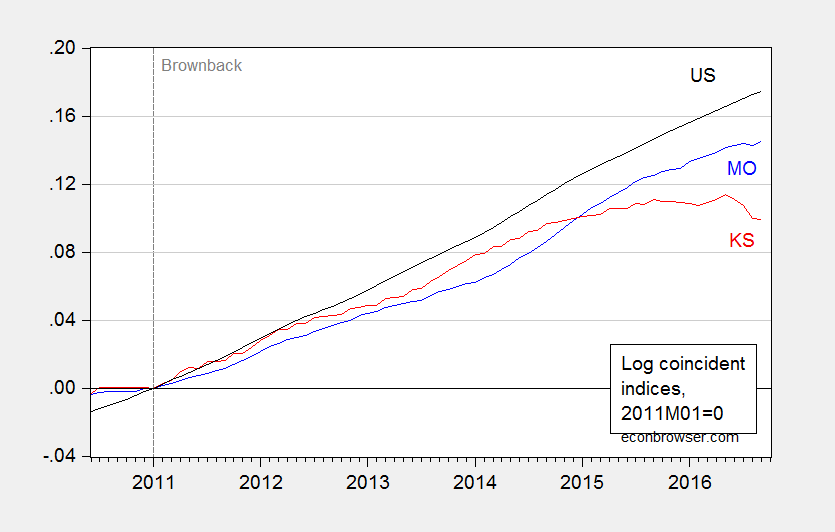 Finally, Figure 2 shows that in general, economic activity has been revised downward from release to release. 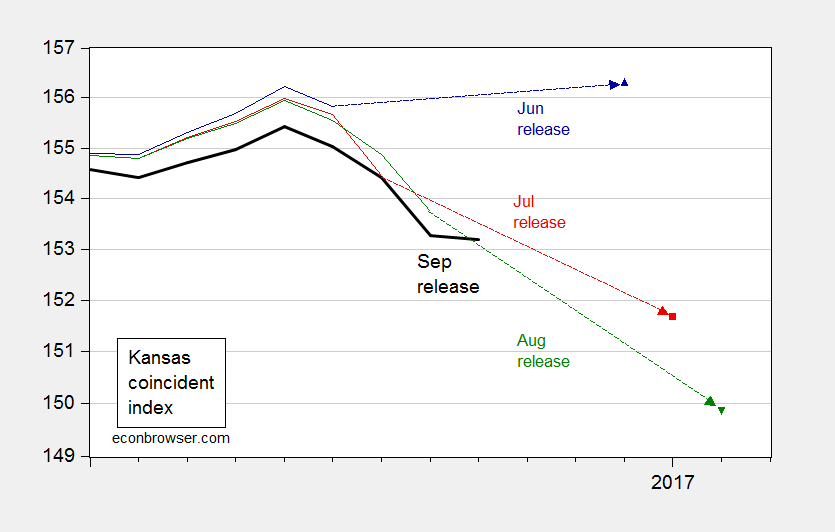 Bonus Picture Certain individuals have claimed that the coincident indices poorly represent economic activity for Kansas. According to the Philadelphia Fed, the correlation between the coincident index and GDP for Kansas is between 0.55-0.70. However, to further confirm that Kansas is underperforming, I present an additional figure comparing Kansas GDP against that of Missouri and the BEA Plains region ex.-Kansas. 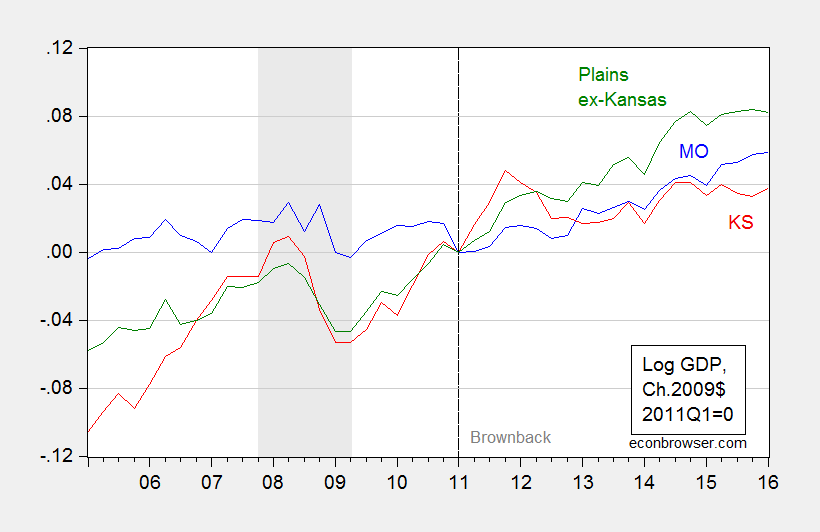 If it is not apparent, then let me observe that pre-Brownback, Kansas GDP outpaces Missouri and Plains ex.-Kansas. That pattern reverses after the advent of Brownback.

Postscript: Just to make sure people know, the current tailspin takes place during a period of no-drought in the state of Kansas.