In case you were wondering, Minnesota continues to outpace Wisconsin. 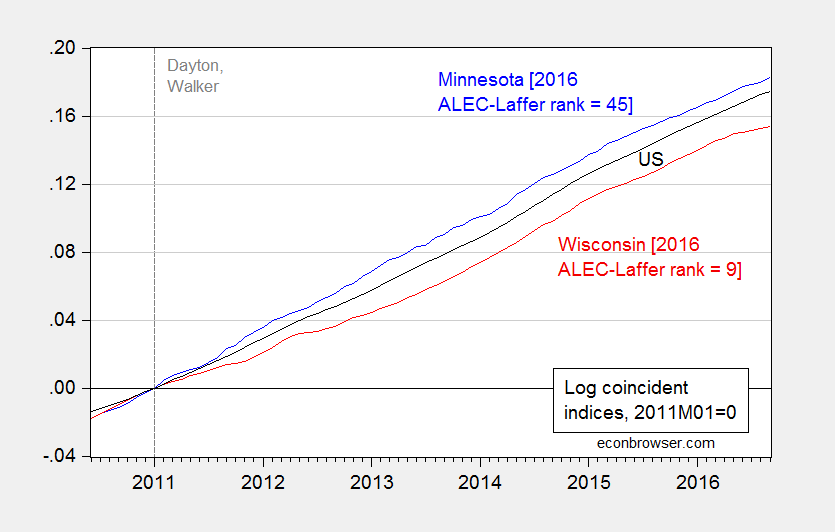 Notice that highly ranked Wisconsin (ranked 9th in economic outlook according to ALEC’s Rich States, Poor States, 2016) is lagging relative to Minnesota (ranked 45th). While this is merely one observation, as I’ve noted in a previous post, there is almost zero correlation of the ALEC rankings with GDP growth at any horizon, on a cross-state basis.

Note Wisconsin estimated growth is being revised downward over time. 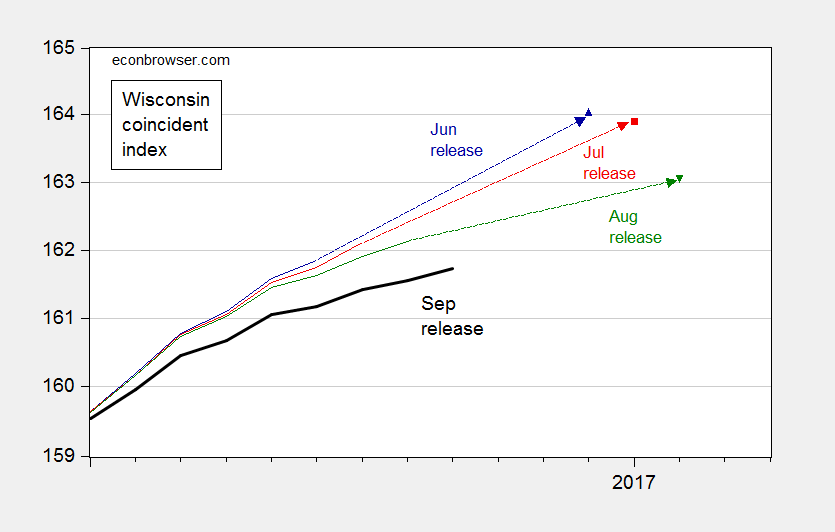 For discussion of declining employment in Wisconsin, see this post.

11 thoughts on “ALEC Rankings vs. Performance: Minnesota vs. Wisconsin Edition”