The economy plugs along much as it did before the election, while the stock market hits new highs. What about other variables? 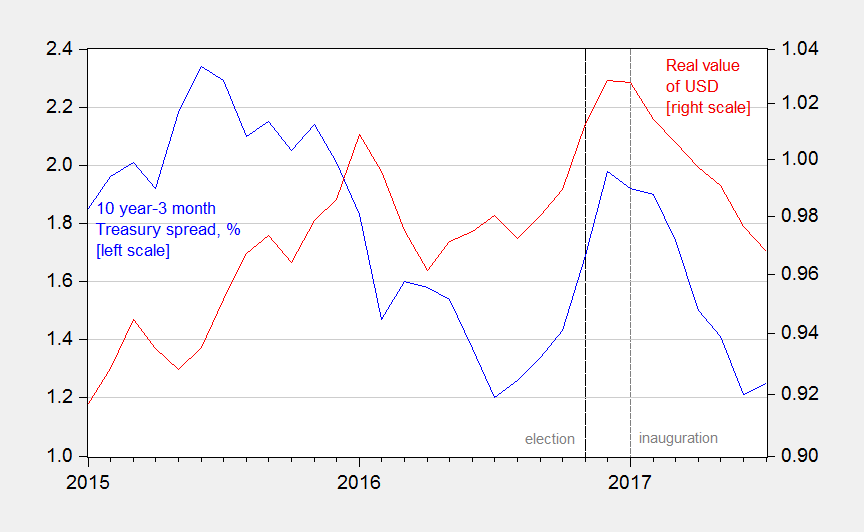 Economic policy uncertainty, as measured by the Baker-Bloom-Davis index remains heightened, but less than what was recorded in November 2016. 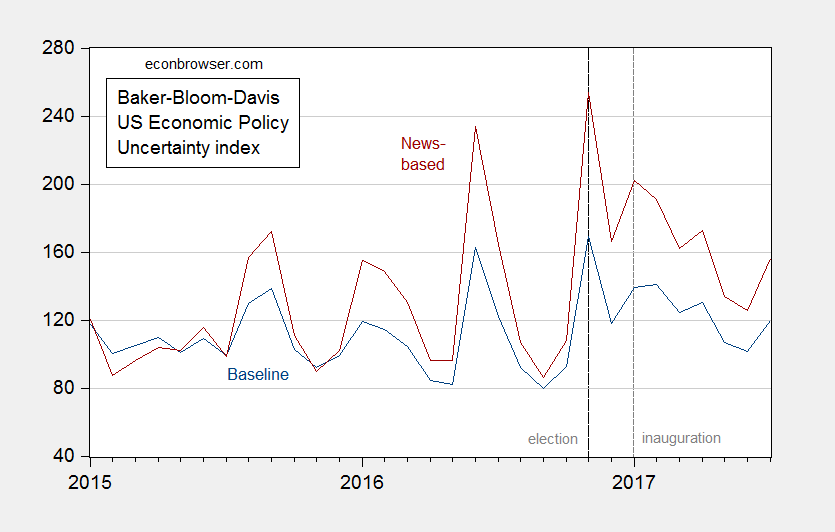 High economic policy uncertainty is thought to depress particularly long-lived activity, like investment. This has not apparently been detectable in US aggregates (after all, importance of uncertainty does not mean offsetting expectations of higher aggregate demand don’t matter), but the example of UK Brexit is sobering. Anecdotal information here.