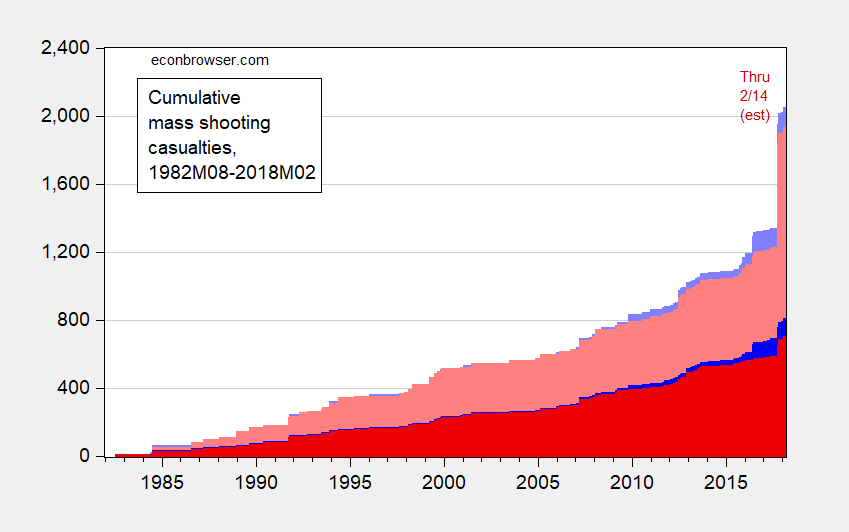 For an alternative view of total casualties, here are the 12 month trailing moving averages of total killed and wounded. 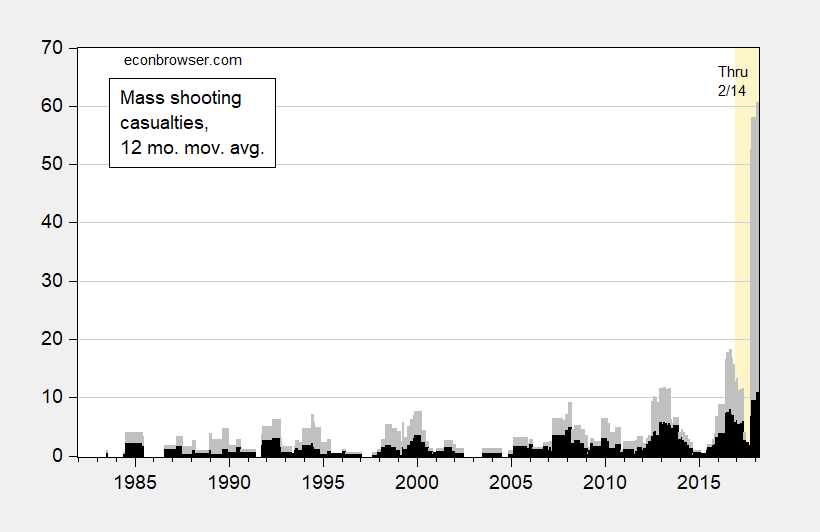 Normalizing by population would not change the essential trends depicted in either graph.

The database underpinning these graphs provides some incomplete information on types of weapons used, and demographic breakdown of the perpetrators.