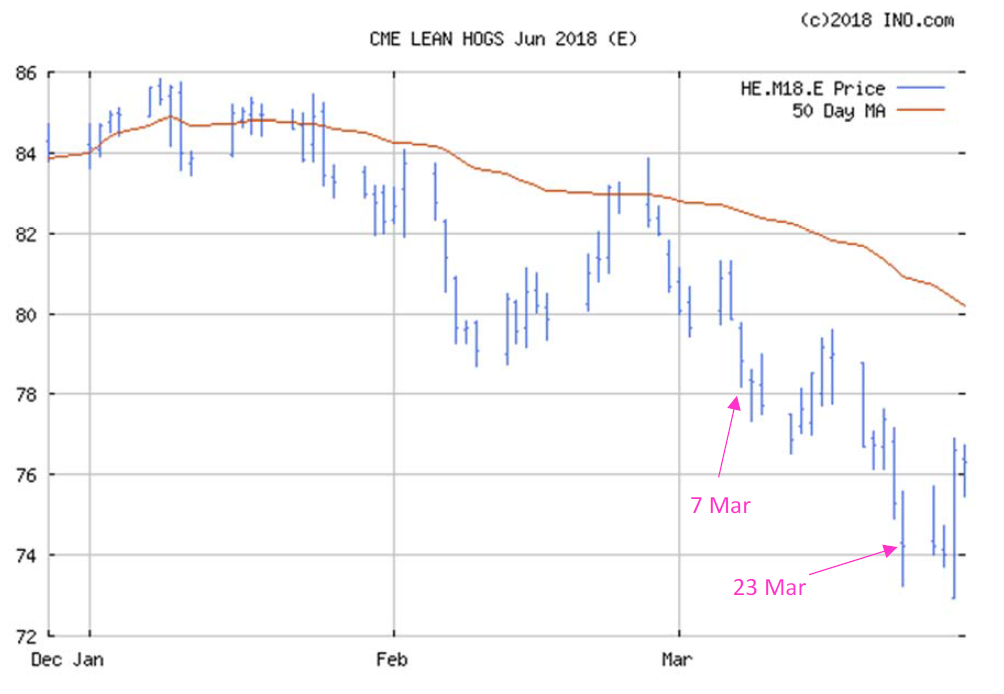 Section 232 measures were announced to be announced on 7 March, Section 301 measures on 22 March. China’s retaliation was announced on 23 March. Figure 2 depicts the evolution of hog prices: 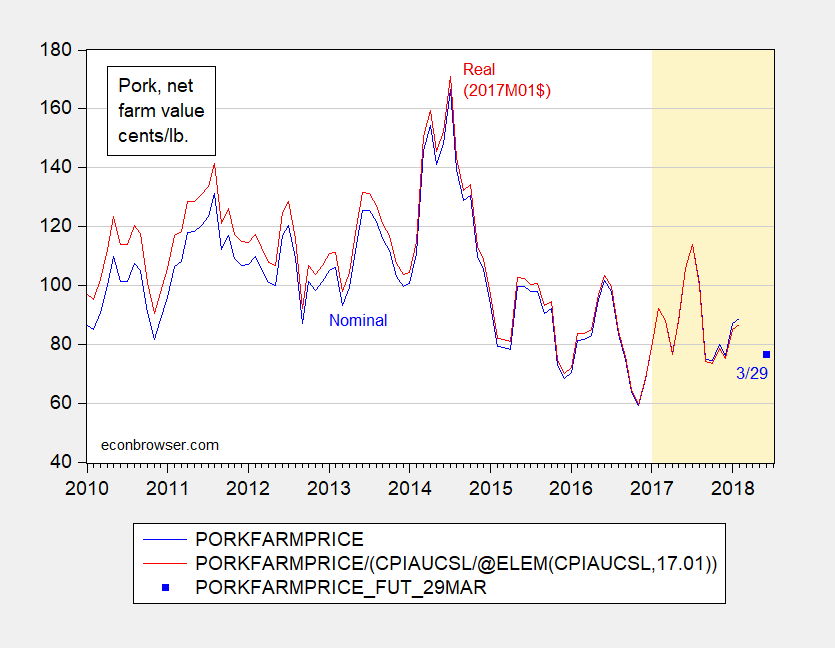 Hogs were a warning shot. Fuller retaliation would likely include soybeans. Would the Chinese follow through? Markets seem to ascribe some likelihood of a more serious strike.

My view: Ag country has reason to worry.

41 thoughts on “Another Event Study: Hogs”