The Bureau of Economic Analysis announced today that U.S. real GDP grew at a 4.1% annual rate in the second quarter. That’s significantly better than the 2.2% average growth we’ve seen since the Great Recession ended in 2009, and is also a little above the 3.1% average for the U.S. economy over the last 70 years. 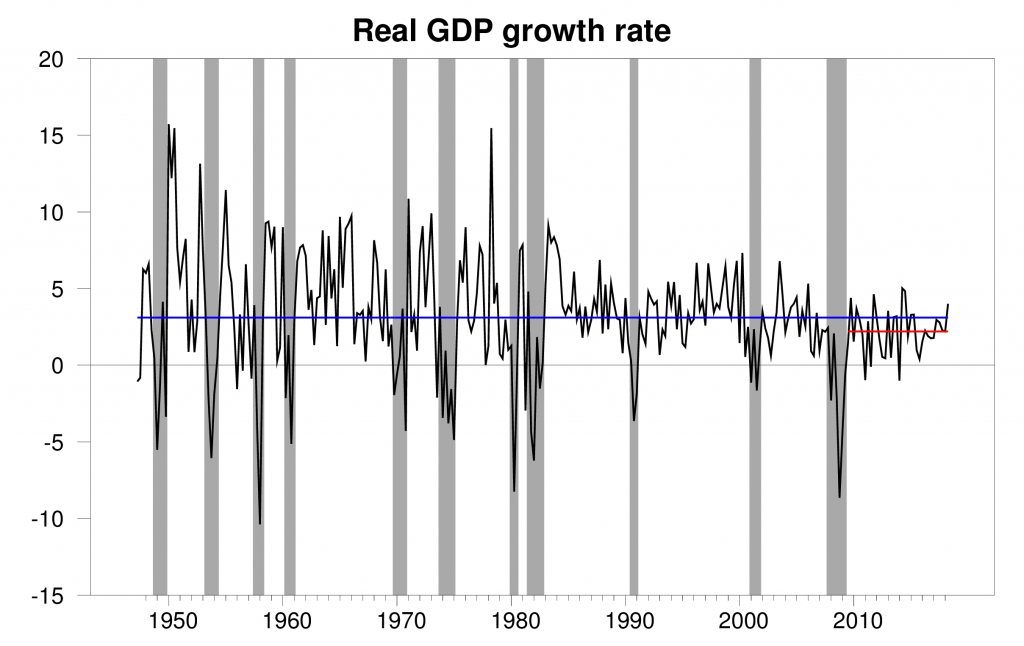 Our latest reading for the Econbrowser Recession Indicator Index is 2.7%, staying at very low levels. The U.S. remains clearly in the expansion phase of the business cycle. 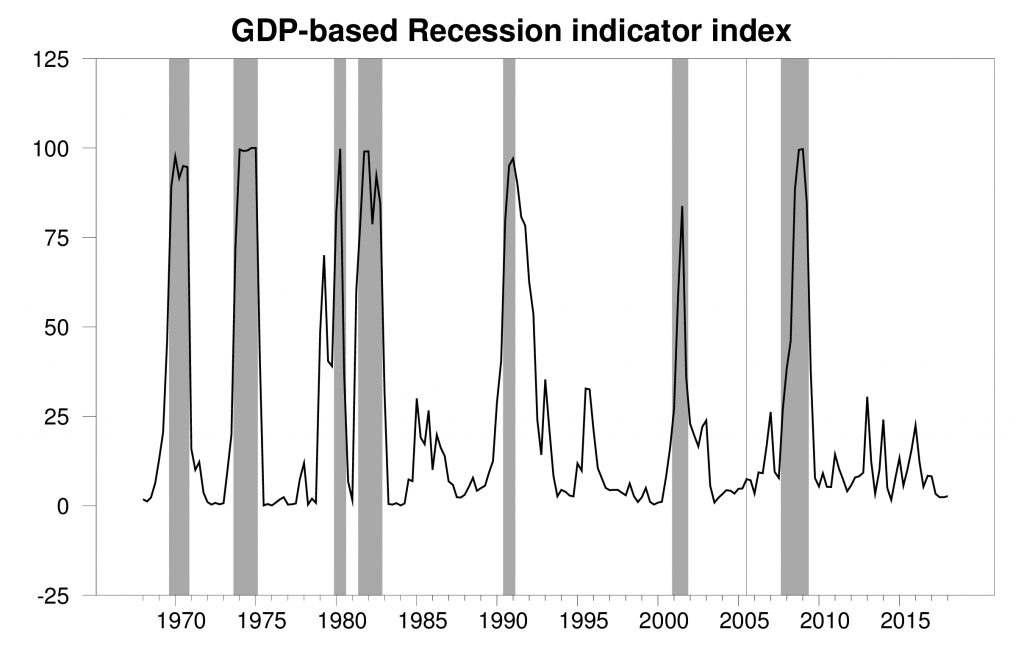 GDP-based recession indicator index. The plotted value for each date is based solely on information as it would have been publicly available and reported as of one quarter after the indicated date, with 2018:Q1 the last date shown on the graph. Shaded regions represent the NBER’s dates for recessions, which dates were not used in any way in constructing the index, and which were sometimes not reported until two years after the date.

Even though the GDP estimates are intended to be seasonally adjusted, there’s been a pattern in recent data that the first-quarter numbers are often a little soft. That gives a boost to second-quarter growth rates like the one just reported. Year-over-year growth rates show a smoother pattern of steady improvement. 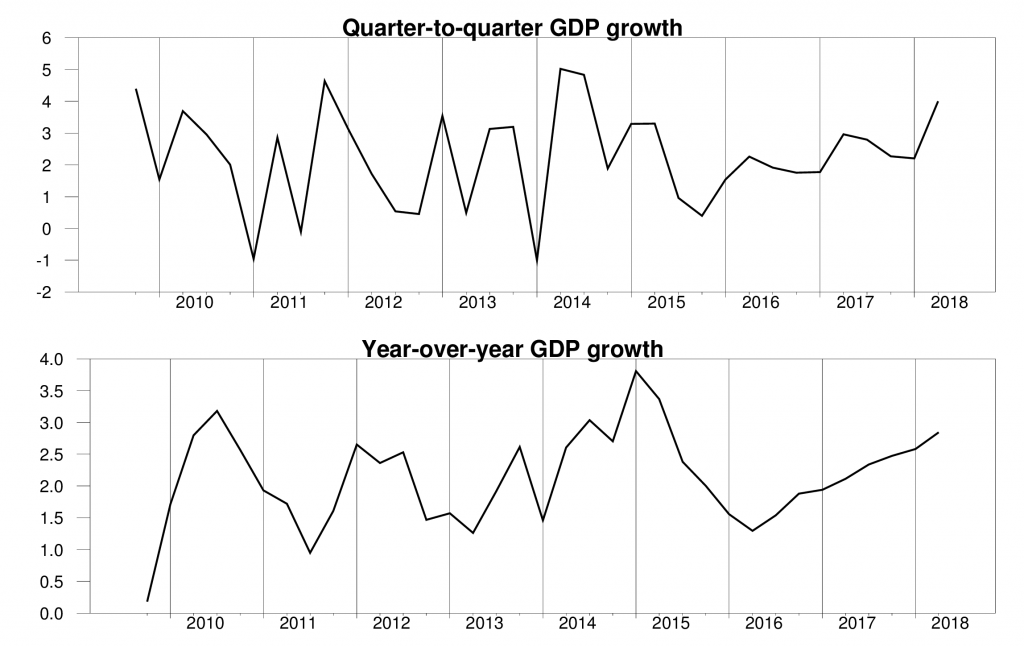 Growth in consumption, nonresidential fixed investment, and net exports helped produce the strong numbers. Higher oil prices stimulated a big boost in spending on mining exploration, shafts, and wells. That was one factor in higher investment spending; growing business confidence may have also played a role. Tax cuts likely contributed to the growth in both consumption and investment. Some of the export growth may have come in anticipation of coming tariffs. I count the contribution from exports as a soon-to-disappear plus, though it’s balanced by a big minus in inventory investment that’s also likely transient. 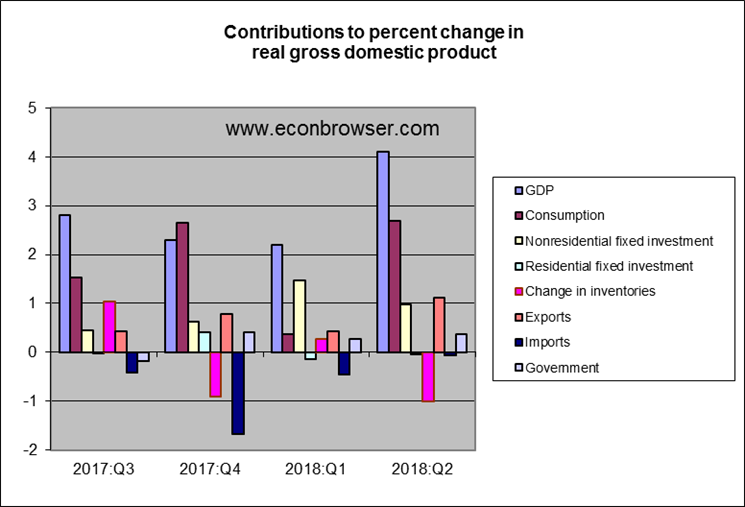 Overall, this is a very good report on the U.S. economy. We’ll see how long it can last.