(Translation: “Waiting for Godot”) Many observers have noted that the Chinese must eventually come to the US for some of their soybean needs, as the supply of Argentine and Brazilian soybeans are depleted and American soybeans are harvested. Current futures for November 2018 do not indicate a price recovery to pre-Trump tariff war levels, even if they do come. As of today: 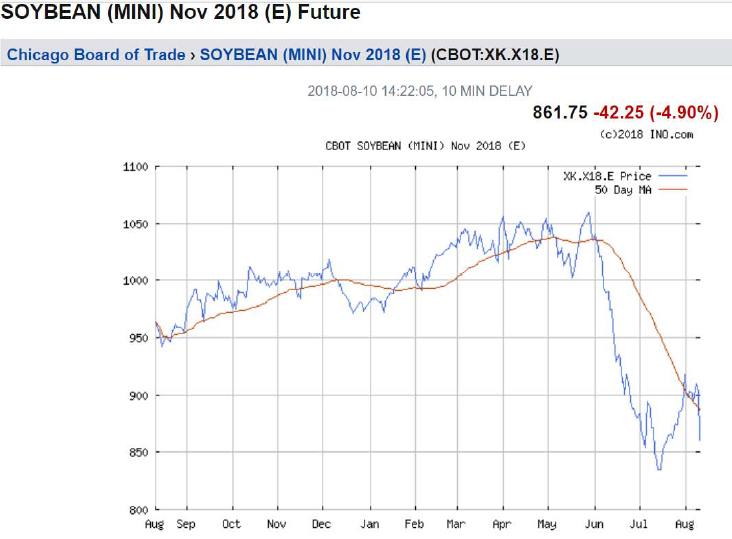 Futures prices for November delivery remain far below where they were in March, about an 18% decline. Using historical correlations (Chinn and Coibion, 2014), this suggests that spot prices have taken a similar hit.

The Friday drop in prices is in part attributable to the USDA’s World Agricultural Supply and Demand Estimate (WASDE) release, which indicated better than expected harvests (this is an “event study” interpretation — see here).

For context, one estimate of breakeven for an Indiana farm on high productivity soil is $10.05/bushel.