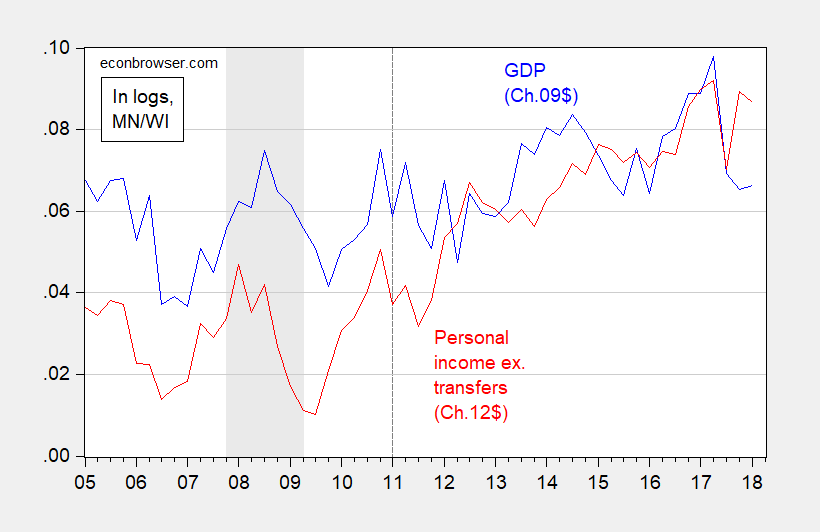 The GDP ratio is quite volatile. The standard deviation of (annualized) first differences of the log ratio is 4%, while that for personal income is 3.4%; moreover, the GDP ratio is leptokurtic.

The GDP series are also subject to large revisions. Below are presented different vintages of the Minnesota GDP series. 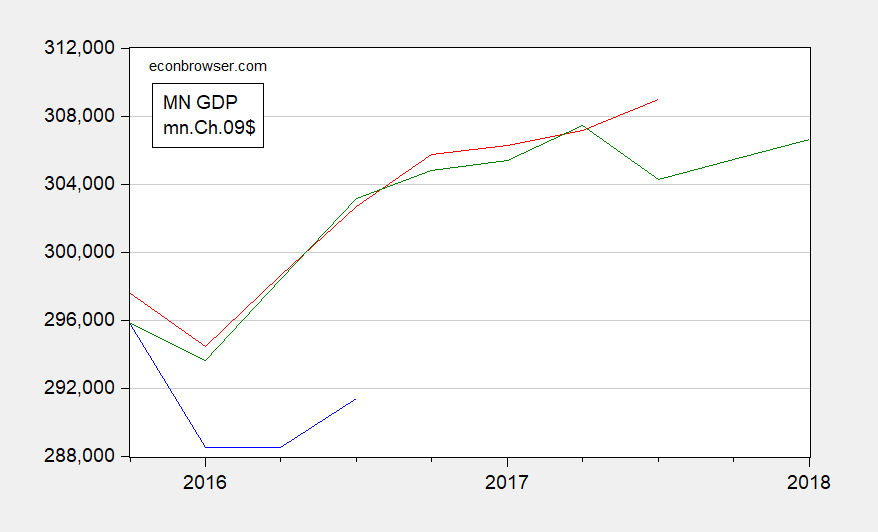 Hence, it seems unwise to rely too heavily on the quarterly GDP series to infer short term trends. On the other hand, employment series seem to present similar stories regarding Minnesota vs. Wisconsin performance. 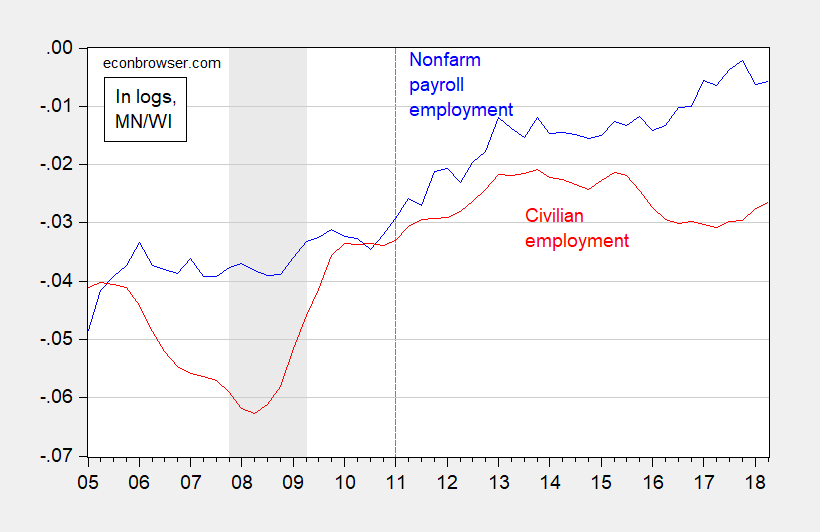 When examining these series, it’s important to recall that generally, the establishment series (like nonfarm payroll employment) are more reliable than the household series [1]. Given this, it seems clear that Minnesota is outpacing Wisconsin.

Finally, we come to the Philadelphia Fed’s coincident indices. I’ve relied on these series to compare performance across states, and most recently made reference to them here. In Figure 4, I show the simple log ratio of the coincident indices. By and large, Minnesota growth outpaced that of Wisconsin until about 2013, with a partial reversal, and ending with resumption of Minnesota outperformance in the last year. 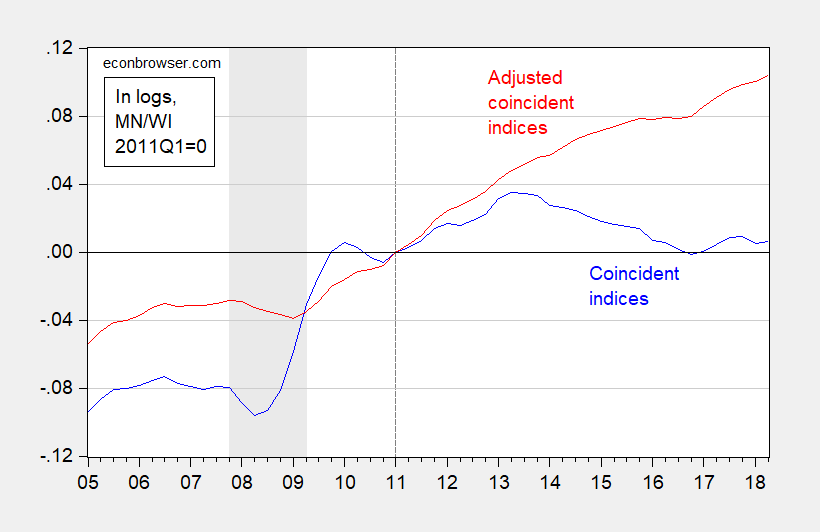 As we document in Chinn-LeCloux, the elasticity of GDP with respect to the coincident index (growth rates) is not typically unity. Using the estimated elasticities or “sensitivities” reported in Table 2, I adjust the coincident indices to mimic GDP, and show the adjusted ratio in red. Then the growth of Minnesota relative to Wisconsin shows up unambiguously.

4 thoughts on “Comparing MN and WI along Five Variables”