August employment figures are out. Time to re-evaluate this mid-December Political Calculations assertion that California was in recession.

The release provides an opportunity to revisit this question (the 2018Q1 state GDP figures are discussed here). It’s (still) unlikely that a recession occurred. 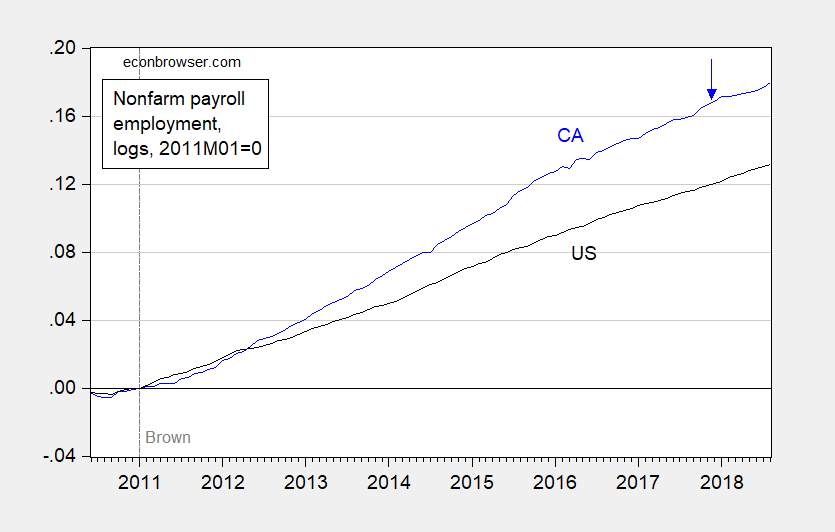 Figure 1: Nonfarm payroll employment in US (black), and in California (blue), both in logs, normalized to 2011M01=0. Blue arrow at timing of Political Calculations recession conjecture. Source: BLS and author’s calculations.

According to my work with Ryan LeCloux, the growth elasticity of real GDP with respect to NFP employment is about 0.85 (statistically significant), so we can be reasonably certain that GDP is still trending up.

It is true that civilian employment peaked in March 2018, but just barely, and given the imprecision of the household survey at the state level, I think it unwise to rely too much on this observation.

12 thoughts on “Is California in Recession? (Part IX)”