As part of the United States’ continuing response to China’s theft of American intellectual property and forced transfer of American technology, the Office of the United States Trade Representative (USTR) today released a list of approximately $200 billion worth of Chinese imports that will be subject to additional tariffs. In accordance with the direction of President Trump, the additional tariffs will be effective starting September 24, 2018, and initially will be in the amount of 10 percent. Starting January 1, 2019, the level of the additional tariffs will increase to 25 percent.

The list contains 5,745 full or partial lines of the original 6,031 tariff lines that were on a proposed list of Chinese imports announced on July 10, 2018. … 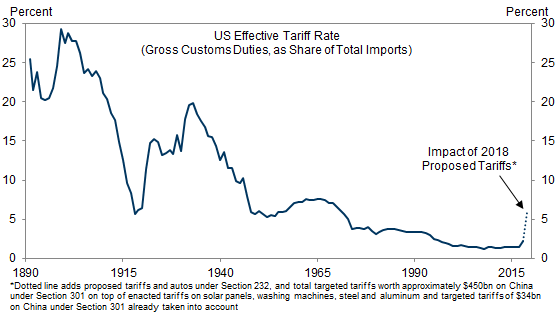 Haven’t seen the Chinese back down so far, as some sanctions enthusiasts have predicted. If the demand is for China to give up on Made in China 2025, I’m guessing the Chinese are not going to back down in effect.