Today, we are pleased to present a guest contribution written Ines Buono and Sara Formai (Banca d’Italia) summarizing their chapter published in the book International Macroeconomics in the wake of the Global Financial Crisis edited by L. Ferrara, I. Hernando and D. Marconi. The views expressed here are those solely of the author and do not reflect those of their respective institutions.

Business fixed investment has been persistently weak in advanced economies since the Global Financial Crisis: nine years after its outburst, the investment-to-GDP ratio was still almost 3 percentage points lower, on average, than its pre-crisis level of 24 per cent. Although the downturn was comparable with past experiences of financial crisis, the recovery was highly heterogeneous across countries, and especially slow for those hit by the European sovereign debt crisis in 2011.

Recent empirical works have tried to identify the relative roles played by different factors in holding back aggregate investment (see, e.g., Lewis et al. (2013), IMF’s WEO chapter 4 (2015), Barkbu et al. (2015)). According to a conventional model combining an accelerator and a neoclassical approach, investment is a function of aggregate output and the user cost of capital. In addition, although the adverse role of uncertainty for investment has long been acknowledged (see, e.g., Bernanke (1983) and Guiso and Parigi (1999)), recent contributions have confirmed the importance of considering uncertainty in both micro and macro investment equation (see, e.g., Bloom (2009), Meinin and Roehe (2017)). Finally, Bussiere et al. (2015) have proposed a ”forward-looking model” (as opposed to a backward-looking one), where they proxy aggregate output with expectations of future demand, showing that this variable improves explanations of investment with respect to previous approaches.

In this chapter we study whether the response of investment to these factors has changed over time, especially after the outbreak of the 2008-2009 crisis. We consider a panel of 19 countries from 1990 to 2016. We measure demand by one-year-ahead forecast GDP, uncertainty by realized financial market volatility and user cost of capital by the product of the borrowing cost of capital and investment relative price. After testing how the benchmark model performs, we study how its main parameters have changed over time. We first test the hypothesis of a structural break, generally during the 1990-2016 period, and specifically in 2008. We then perform a series of analyses in which the parameter of each determinant of investment is allowed to be time-varying. Finally, we check whether our findings are common to all the cross-sectional units, or whether the countries more severely hit by the crisis (peripheral European countries) were characterized by specific dynamics.

Our main findings may be summarized as follows: 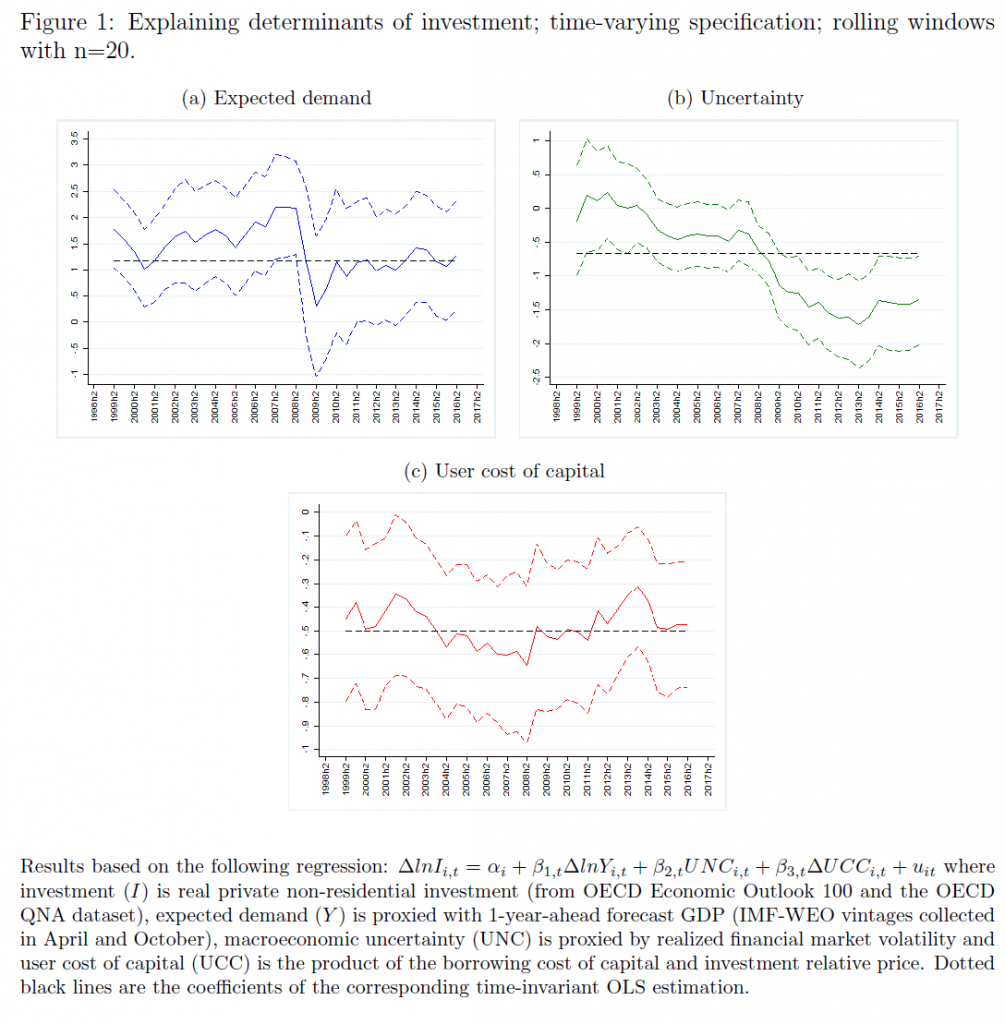 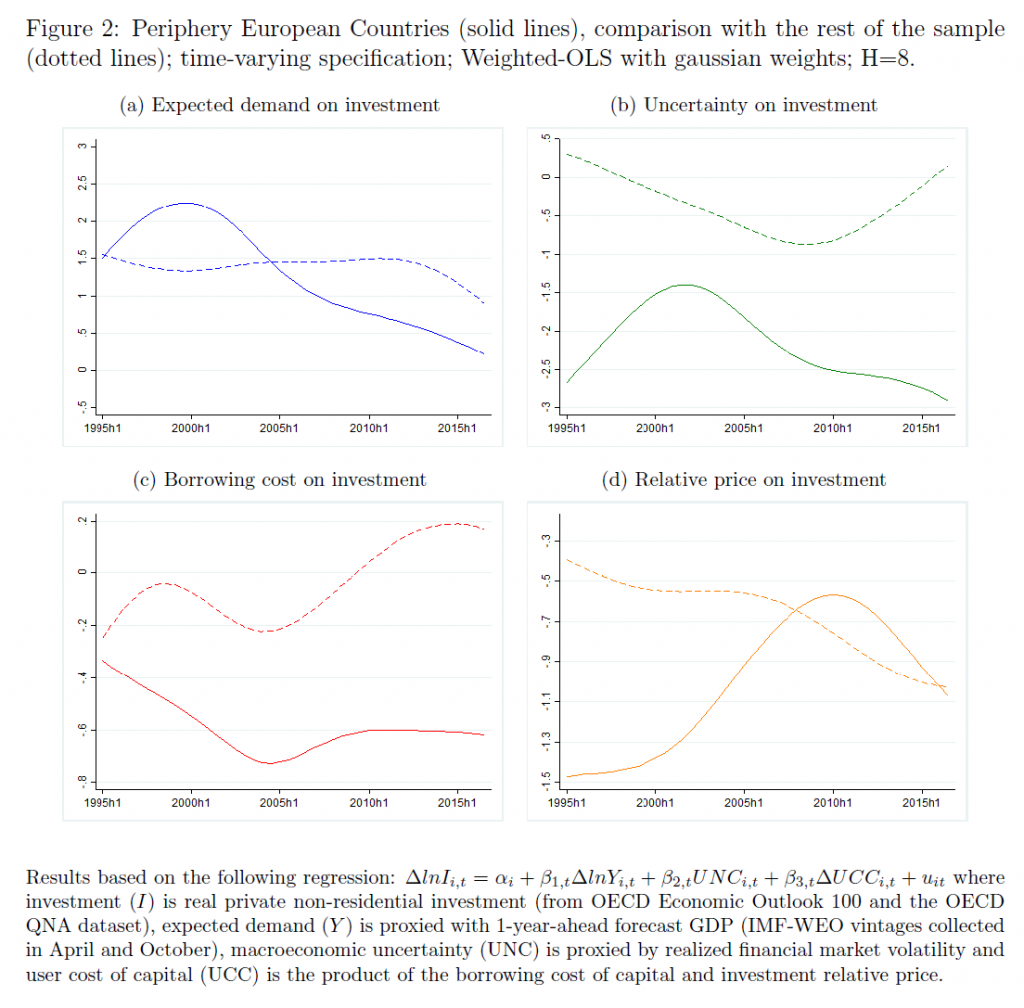 Our results suggest the following policy implications. First, monetary policy, by curbing interest rates and thus the user cost of capital, retains a key role as a way to stimulate aggregate investment, and this role has probably been crucial in preventing the recent crisis from having even more serious consequences for investment, especially in the hardest hit countries. Second, policies that stimulate aggregate demand (including, of course, monetary and fiscal policies) have an indirect positive effect on capital accumulation. Third, reducing uncertainty on financial markets also helps to create an environment that supports investment. In this respect, the central banks’ efforts to re-build confidence after the outbreak of the Global Financial Crisis and the European debt crisis may have been key in preventing a much deeper and more persistent collapse on business confidence and productive investment.

This post written by Ines Buono and Sara Formai.