That’s from Macroeconomic Advisers today. Turns out a bunch of monthly indicators have recently been released, including today’s employment report. Here are some key ones followed by NBER’s Business Cycle Dating Committee (BCDC). 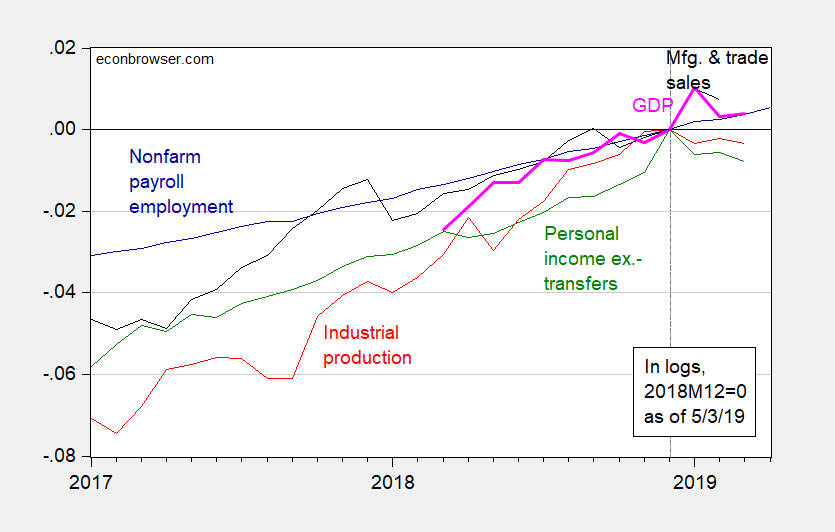 Note that normalizing on 2019M01 would have been reasonable as well. Monthly GDP and manufacturing and trade sales peaked in January (as far as we can tell from the reported data).

While the official advance estimate on GDP surprised on the upside, high frequency indicators (like the monthly GDP series from Macroeconomic Advisers) and nowcasts such as those from the Atlanta Fed suggest a slowdown (I know there has been some confusion as to what the word “suggest” means; here I use it synonymously with “hints at”). 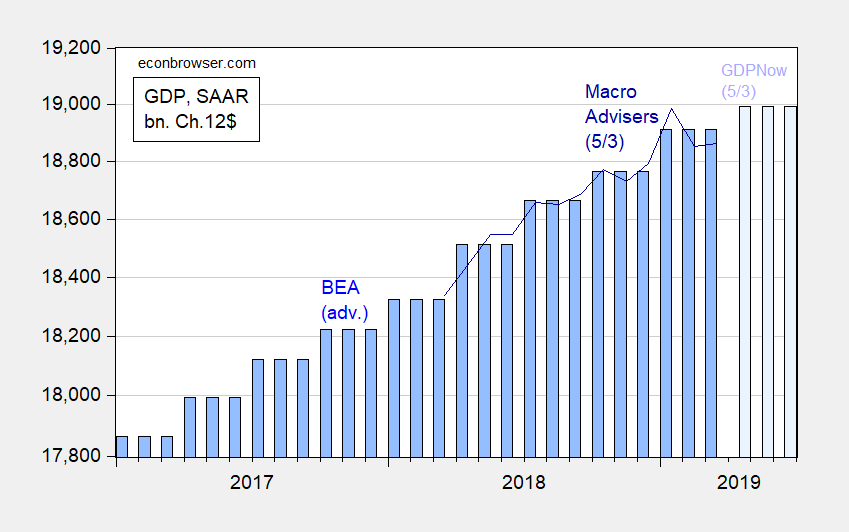 Given continued robust growth (albeit in GDP, and not necessarily in final sales or in final sales to domestic purchases), the decision to maintain the current stance of monetary policy seems not unreasonable.

One thing to remember, however; the yield curve remains inverted between the 6th month and 10 years maturities.