June employment figures are out. Time to re-evaluate this assessment from one and a half years ago in Political Calculations that California was in recession. 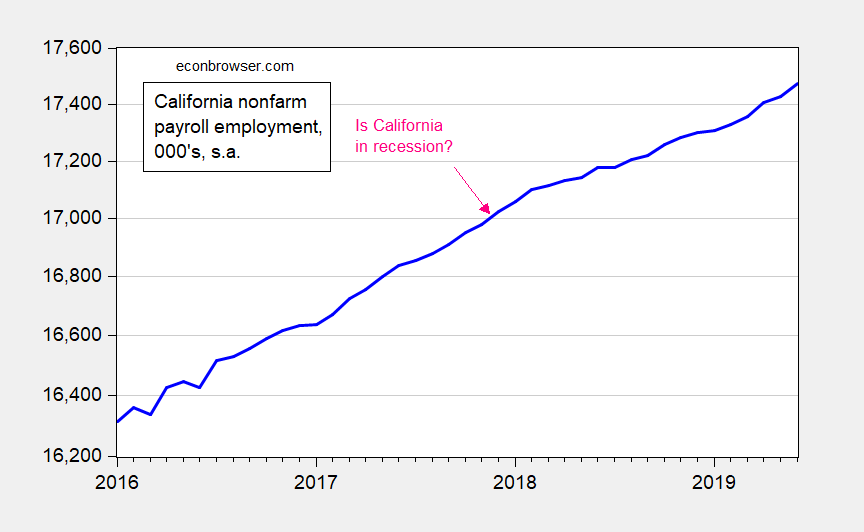 Admittedly, these data will be revised, particularly with the benchmark revisions coming out in the new year. Still it’s hard to see how the data as reported are consistent with a California recession.

Ironman has never, to my knowledge, acknowledged his forecast failure. However, in January 2018 he upgraded California’s condition to “lackluster”, still fearing minimum wage hikes would stall employment. For some people, a minimum wage hike is all that’s required to push the economy over the precipice…

11 thoughts on “Is California in Recession (Part XVII)”