Industrial production is down relative to previous month, and relative to recent peak. GDP, sales, personal income are all below recent peak as well. Nonfarm payroll employment continues to plug along — although at a decelerating pace (1.53% y/y). 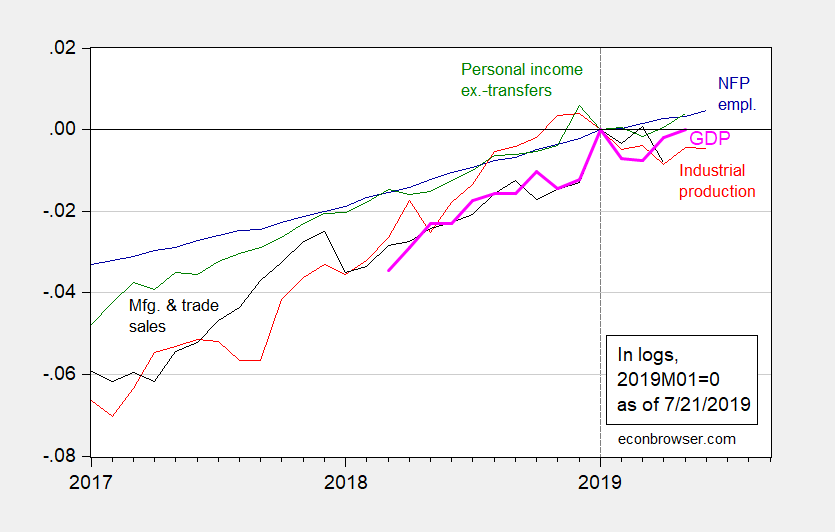 Note that manufacturing has recovered somewhat since last posting. 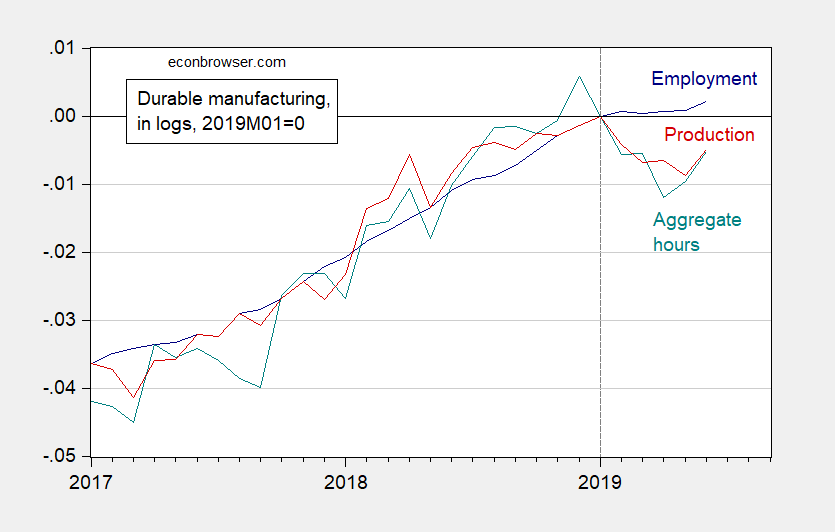 50 thoughts on “Recession Indicators as of July 21”