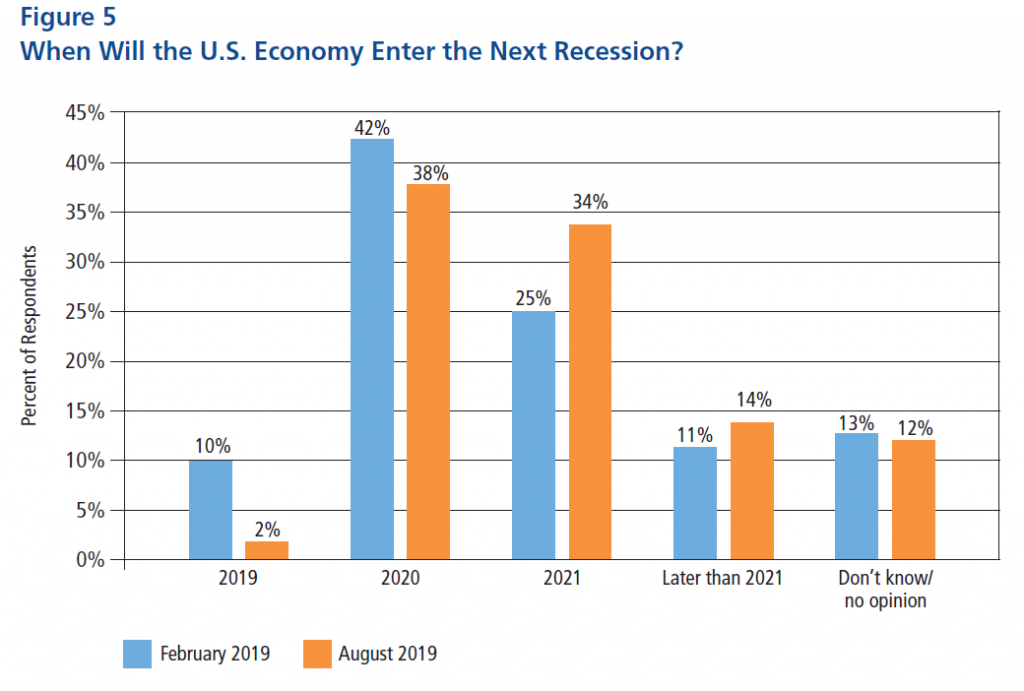 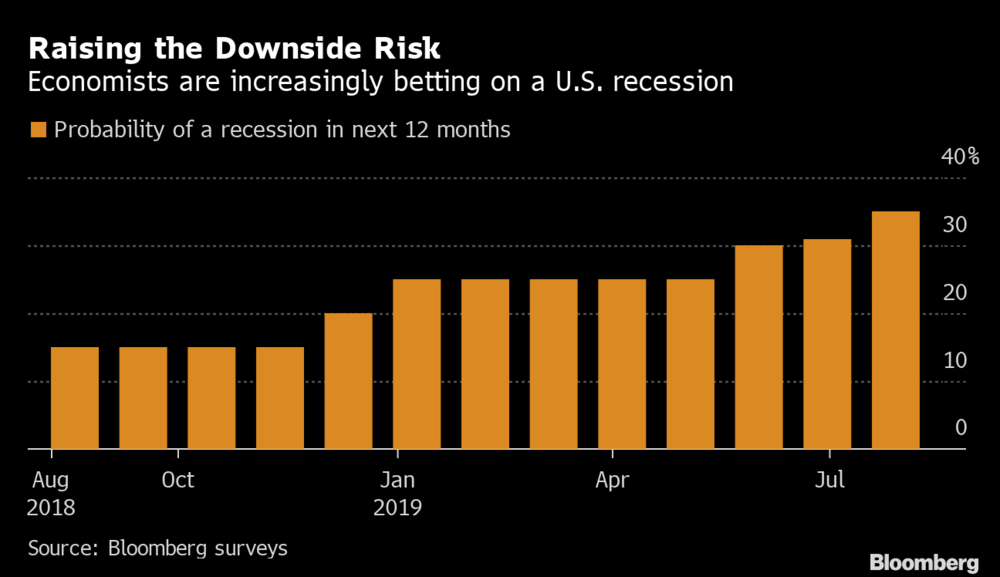 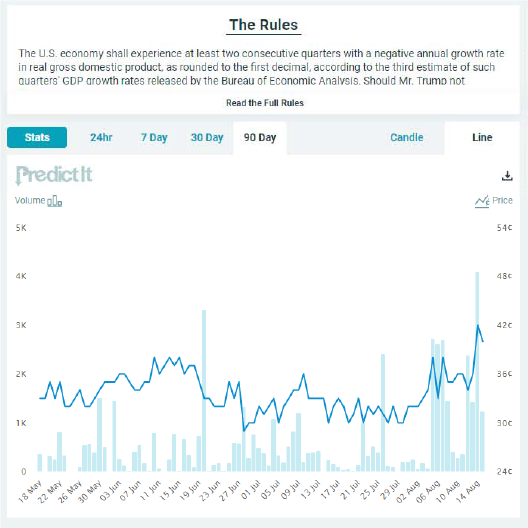 All of these polls were conducted before the stock market drop on 14 August; the PredictIt market price was obtained on 16 August, so incorporates the news regarding inversion of the 10yr-2yr.

67 thoughts on “If a Recession Occurs, Plenty of People Will Have Predicted It”