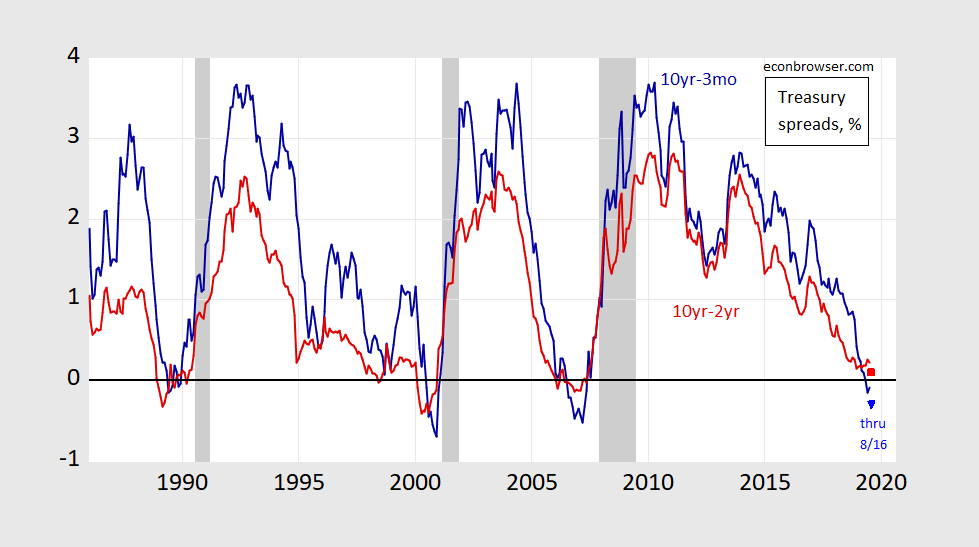 The critical assumption is that the 10yr-3mo Treasury spread over the rest of August is the same as the first half, and the spread does not move toward zero, nor continue to fall. 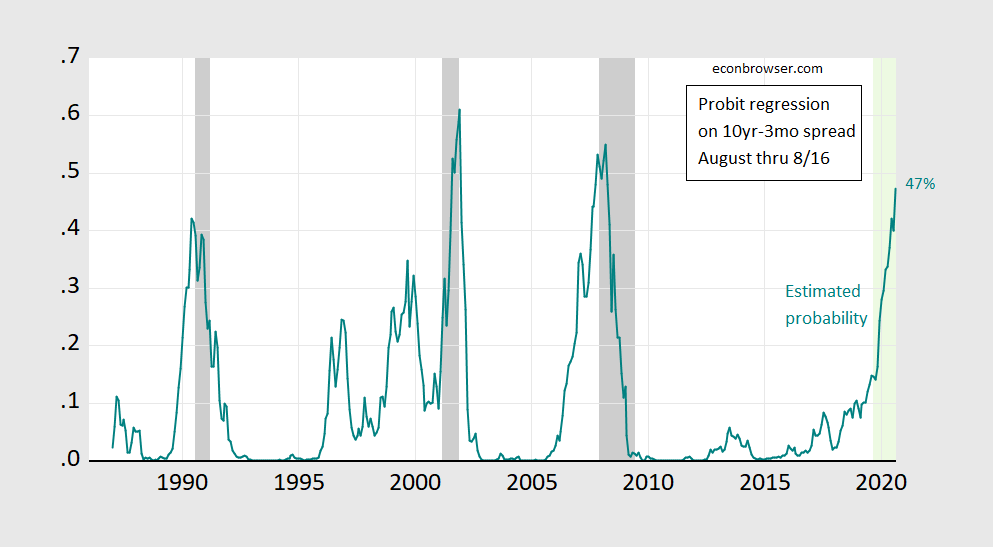 If the rest of August is like the first half, then the probability of recession in August 2020 is 47%.