June employment figures are out. Time to re-evaluate this assessment from over one and a half years ago in Political Calculations that California was in recession. 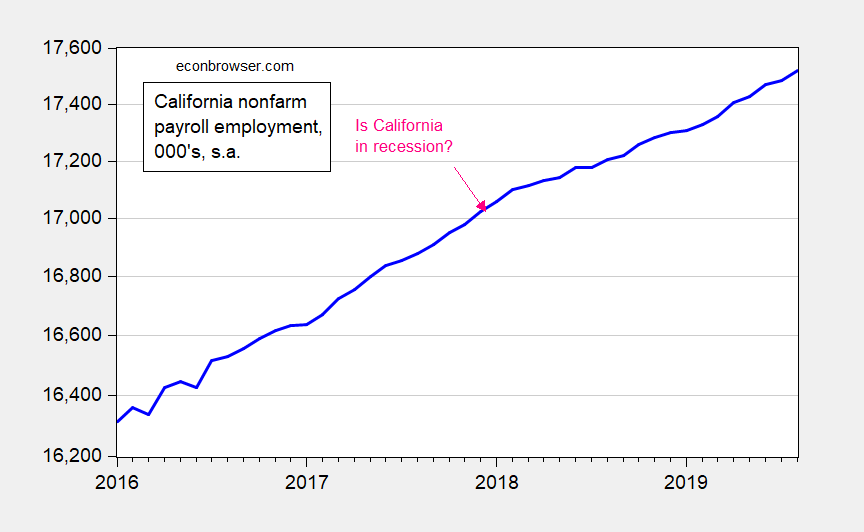 Admittedly, these data will be revised. Still it’s hard to see how the data as reported are consistent with a California recession in 2017, or subsequently.

Hiring in California appears to be getting back on track. Total nonfarm
employment rose by 34,500 net new jobs during August, the largest gain of
any state. After somewhat of a slow start to the year, payroll growth appears
to be gaining a bit of momentum and is now up 1.8% over the year.

69 thoughts on “Is California in Recession? (Part XVIII)”