Well, over the past year, employment growth has been pretty lackluster in the Midwestern states that Trump was going to revive in terms of manufacturing … and in terms of agriculture… 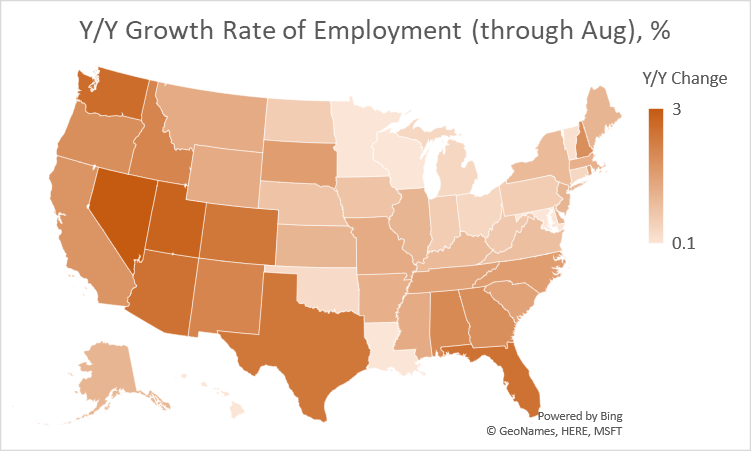 It’s of interest to note that the top six soybean producing states are Iowa, Illinois, Minnesota, Nebraska, Indiana and Ohio…

29 thoughts on “Memo from the Midwest: Industry and Agriculture under Trump”