The slowdown could be coming from tariffs, or from decelerating economic growth. You decide… 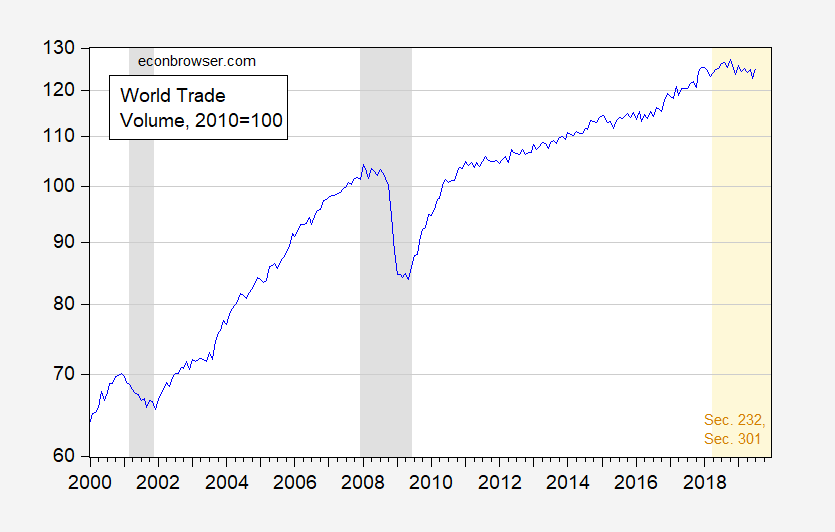 Update: Ed Hanson Testimonial Post: Reader Ed Hanson seems to believe the United States has been taken advantage of grieviously. Here is DB’s assessment of US tariff rates vis a vis some major trading partners. Why do some people persist in arguing things not validated by … facts? 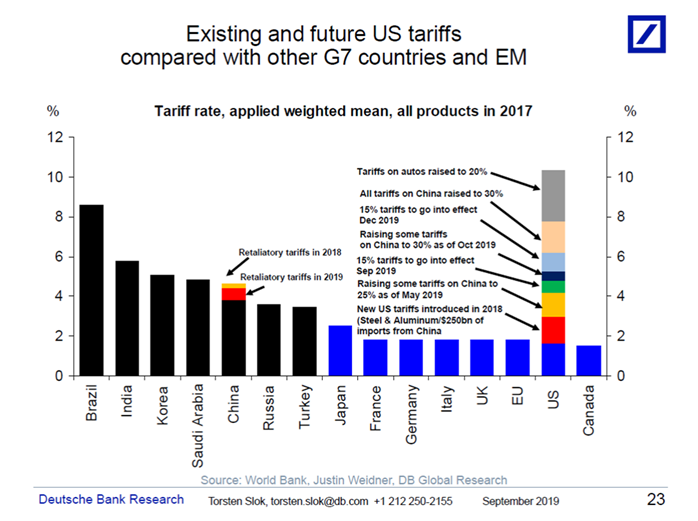 So tariff-wise we’re becoming like a third world country. How’s that working for us?

And as noted, again Menzie uses a truncated chart to make his point. Only two recessions. A much longer historical chart would be more illuminating.

As in almost every thing Ed Hanson has ever written, he is wrong here, as far as we can tell. Reader spencer has provided me base year 2005 data extending back to 1991 so we can confirm the irrelevance of Ed Hanson’s comment. 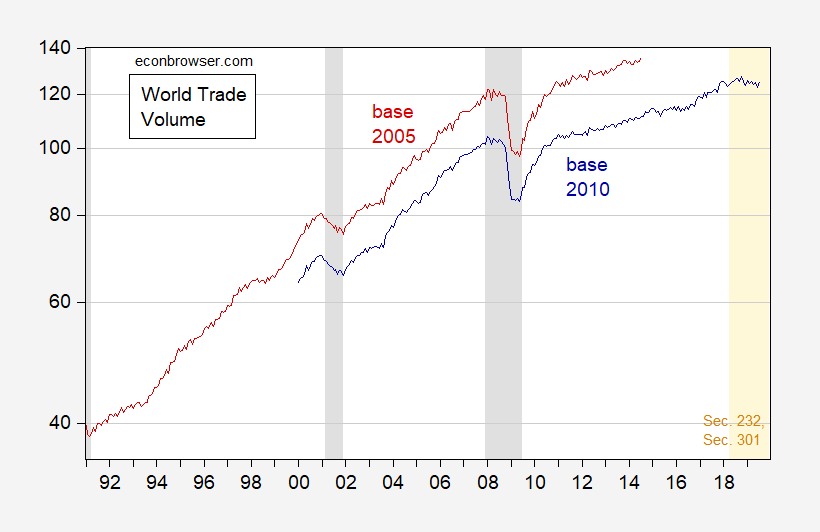 99 thoughts on “Is World Trade Volume a Leading Indicator?”