Fama (JME, 1984) was published 35 years ago, but the earlier — perhaps the earliest — appearance of the Fama regression is in Tryon (1979). While the puzzle has largely persisted since then, it has seemingly disappeared since the global financial crisis. 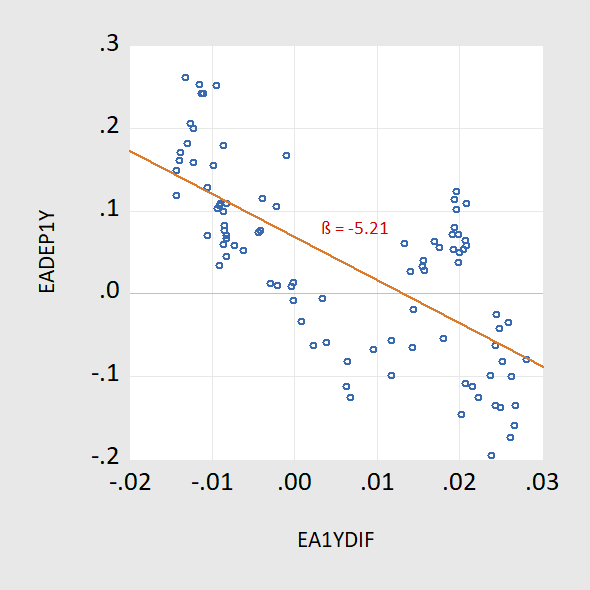 Figure 1: Ex post one year depreciation of euro/dollar up to 2007M08 against one year offshore US-euro interest differential (up to 2006M08).

Recall the puzzle: If the joint hypothesis of uncovered interest rate parity (UIP) and rational expectations –- sometimes termed the unbiasedness hypothesis — held, then the slope of the regression lines (in red) would be indistinguishable from unity. In fact, they are significantly different from that value. This pattern of coefficient reversal holds up for other dollar-based exchange rates, as well as for other currency pairs (with a couple exceptions). The fact that the coefficient is positive in the post-global financial crisis period is what we term “the New Fama puzzle”.

Interestingly, after 2006, the relationship flips. 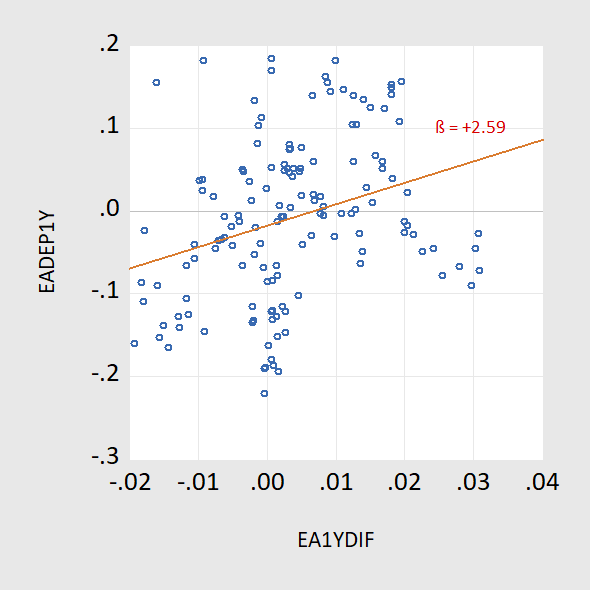 Figure 2: Ex post one year depreciation of eur/dollar up to 2019M06 against one year offshore US-euro area interest differential (up to 2018M06).

The most commonplace explanations – such as the existence of an exchange risk premium, which drives a wedge between forward rates and expected future spot rates – have some empirical verification, albeit fragile.

One key development prompts this revisit. First and foremost, the last decade includes a period in which short rates have effectively hit the zero interest rate bound. This point is clearly illustrated in Figure 1 where we plot one-year interest rates for a set of eight selected economies and the US. This development affords us the opportunity to examine whether the Fama puzzle is a general phenomenon or one that is regime-dependent. 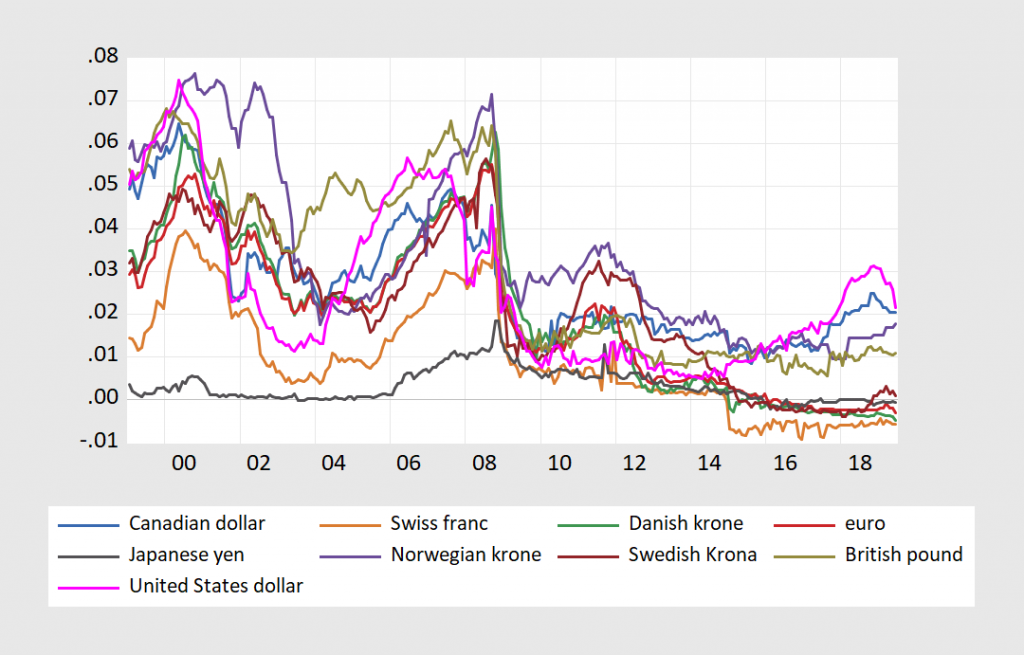 As shown in Figure 3, more recently — and since the first version of this paper — short rates in the US have risen above the zero lower bound. This allows us to test to the robustness of our findings.

We obtain the following findings. First, Fama’s result is by and large replicated in regressions for the full sample, ranging from 1999 to June 2018 (for exchange rate changes ending in June 2019). However, the results change if the sample is truncated to apply to only the most recent decade, the period for which interest rates are essentially at zero. For that period, interest differentials correctly signal the right direction of subsequent exchange rate changes, but with a magnitude that is altogether not reconcilable with the arbitrage interpretation of UIP. In other words, we obtain positive coefficients at exactly a time of high risk when it would seem less likely that UIP would hold. 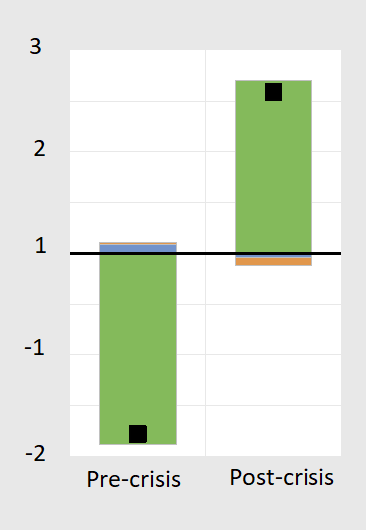 Exchange risk comovement with the interest differential does not appear to be the primary reason why the Fama coefficient has been so large in recent years (although the altered behavior of exchange risk does play a role). Rather, how expectations errors comove with the interest differential appears of central importance — that is the [C] component. This correlation changes because in the pre-crisis period, the dollar depreciated more than anticipated, while that is no longer true post-crisis. The size of the swing is partly due to the fact that interest differentials are now less variable (the variance has shrunk).

So far the change has proved durable despite the liftoff of short rates — at least in the US, Canada and UK. Whether this will continue to be the case remains to be seen.