In my previous post, I recounted “The New Fama Puzzle” as it applied to dollar exchange rates, with focus on the euro/dollar rate. A quick observation: the reversal also appears for non-US dollar based exchange rates (against euro, yen, pound).

The Fama regression is:

First, consider Fama regression coefficients (β’) for the one year horizon, up to 2007M08, against the US dollar, yen, euro, and pound. 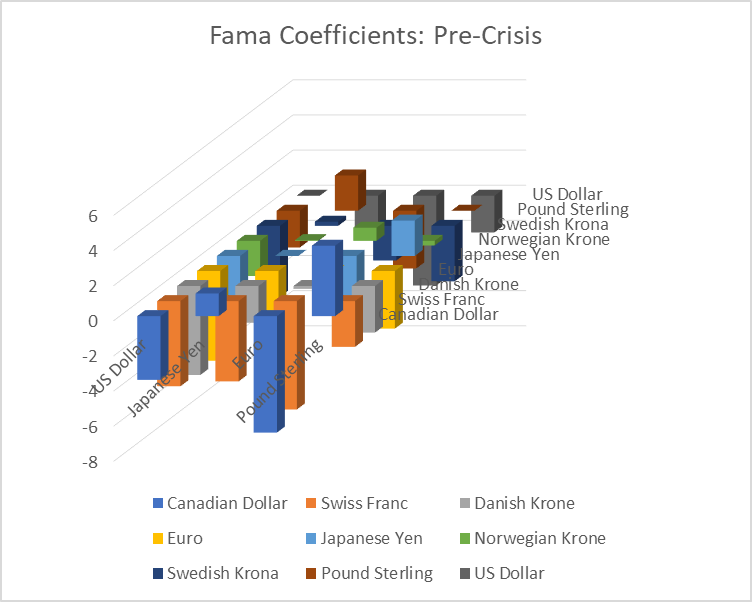 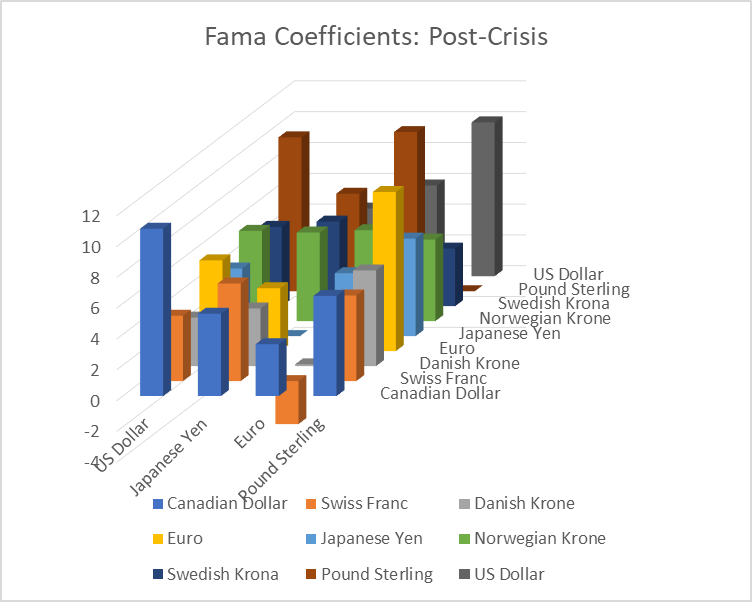 It might not be clear from Figure 1, but almost all the estimates are negative. In Figure 2, they are almost all positive.

Here’s the table that underpins the figures. 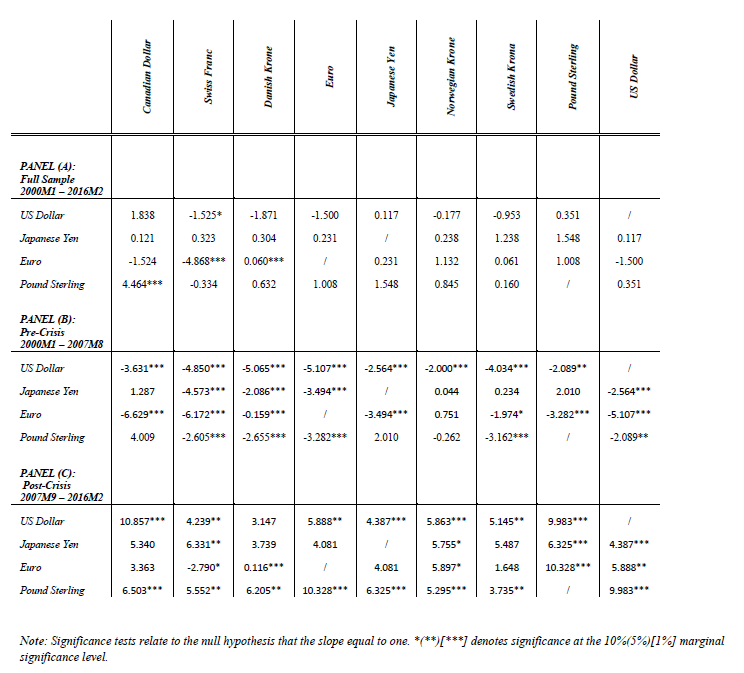