Like the rest of the nation, employment in Wisconsin recovered slightly. Unanswered is how sustainable the recovery is. 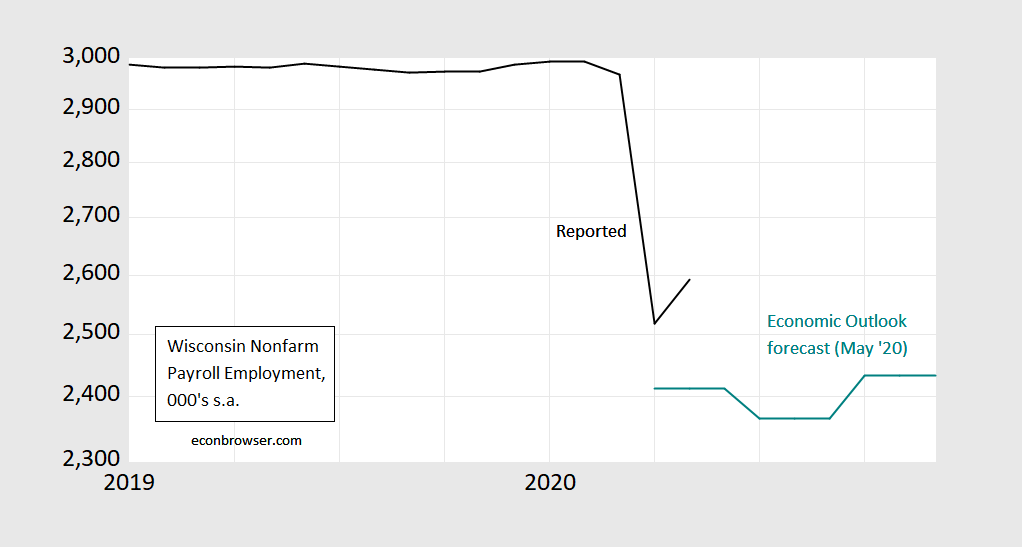 Wisconsin employment (preliminary) is outperforming forecasted; this outcome represents the early removal of shelter-in-place and reopening of the economy.

Since unemployment rate calculations over the last two reported months were skewed because of widespread miscategoriation of furloughed workers as employed but not at work, instead of as unemployed, I’ll skip this variable. Here is a figure of employment levels (with the household survey figures still subject to measurement problems). 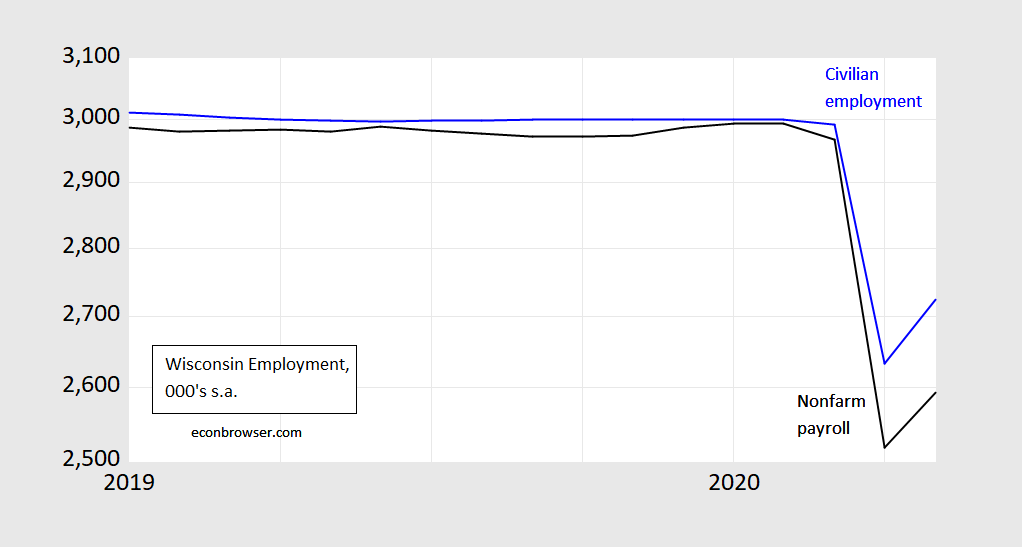