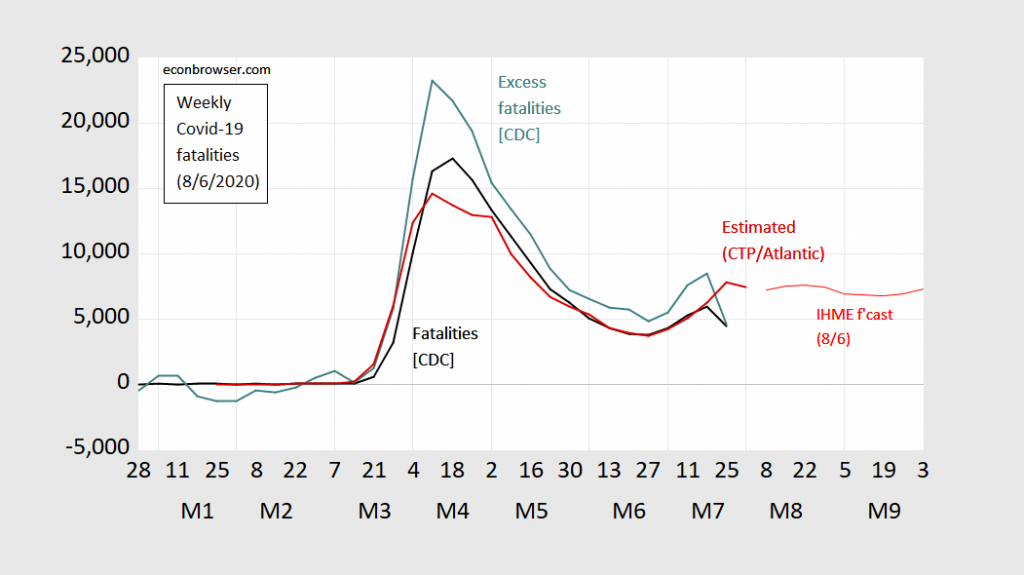 Three observations: (1) the unofficial count was rising; (2) recent weeks’ (about a month’s worth) CDC data are subject to severe undercounting, so inferring recent trends on the basis of CDC data is not advisable; (3) IHME forecasts are for about constant pace of fatalities going forward. As far as I can tell, IHME is right now about in the middle of the pack of models surveyed by Fivethirtyeight.

From week ending February 29th through the week ending July 18th, the cumulative CDC fatality tally is 143.1 thousand. Cumulative excess fatalities is 185.2 thousand, implying an additional 42.1 thousand Covid-19 fatalities above the official tally over this period.