“I think the economy is on a self-sustaining recovery and it’s a V-shaped recovery.”

Could happen. While some monthly indicators have not slowed much (manufacturing and trade industry sales), the more recent ones have… 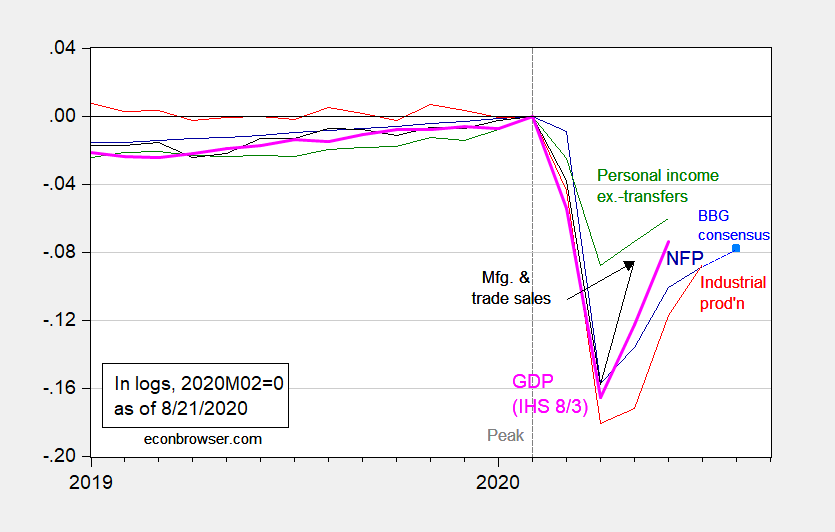 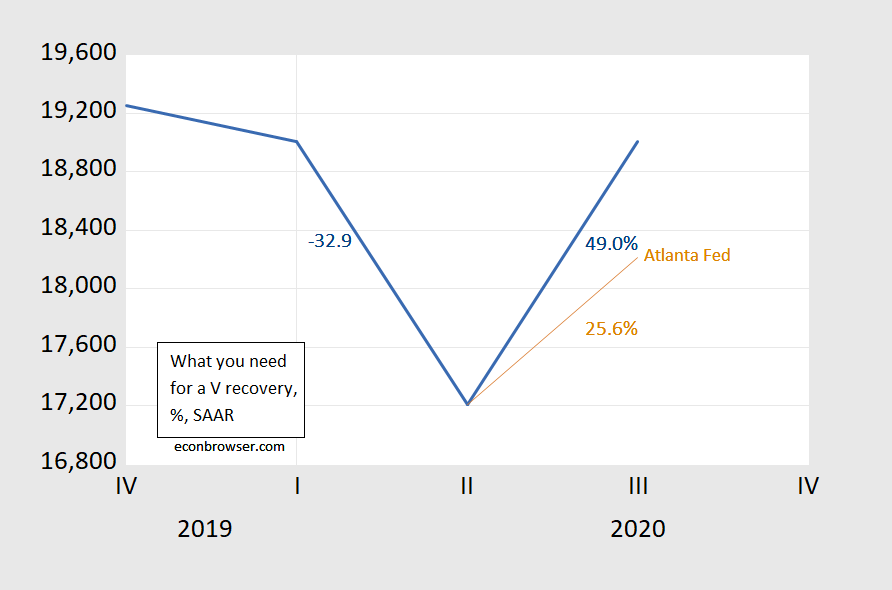 It’s conceivable that growth will keep pace next quarter so as to write out a “V” by 2020Q4, but that’s certainly not consensus.