Statistics released by Wisconsin DWD show nonfarm payroll employment growing in line with US, but — like at the national level — at a decelerating pace. 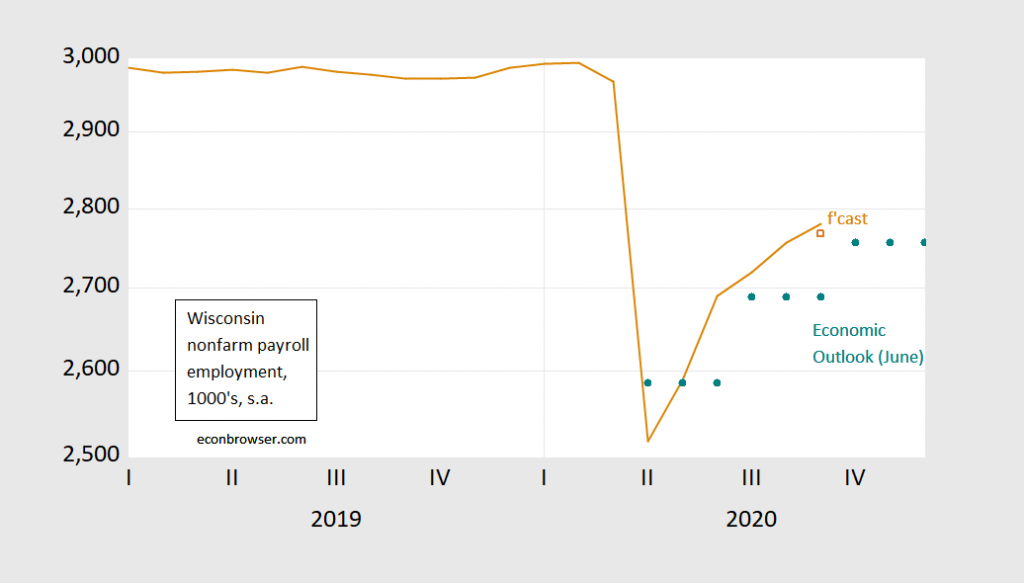 I used a first-log-differences specification between Wisconsin and national employment over the 2019-2020M08 period to forecast August employment. For September, the forecast error was 13072 (underpredicted by 0.5%). The methodology is discussed in this post.

Manufacturing employment continued to grow as well, although somewhat haltingly, given August employment is revised down. 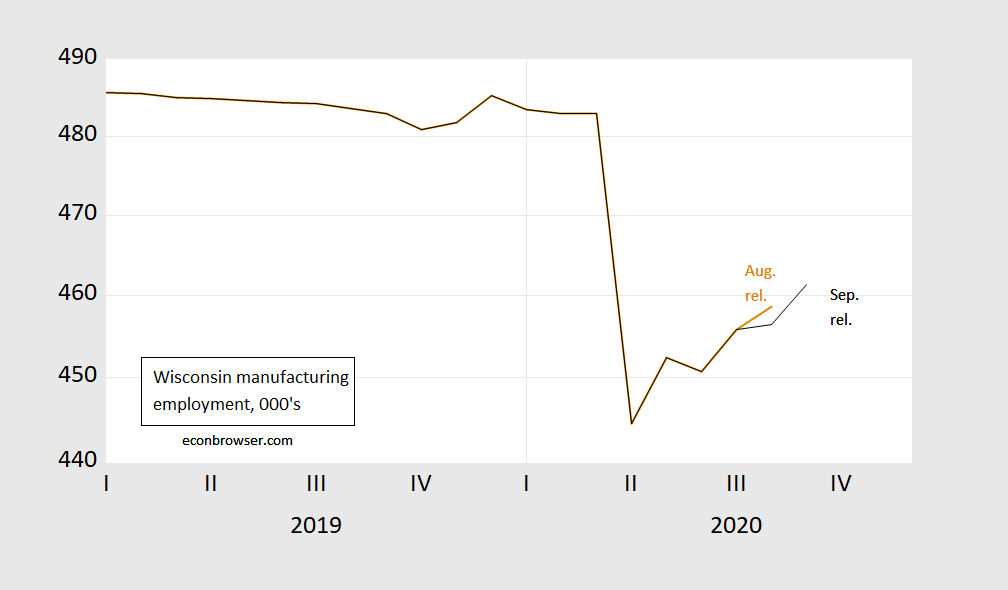 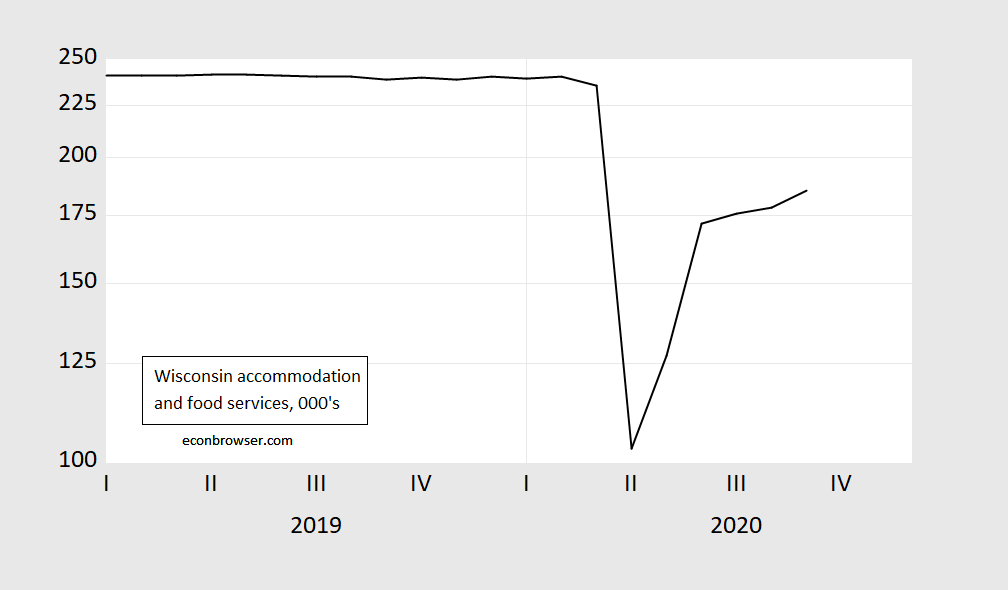 4 thoughts on “Wisconsin Employment in September”