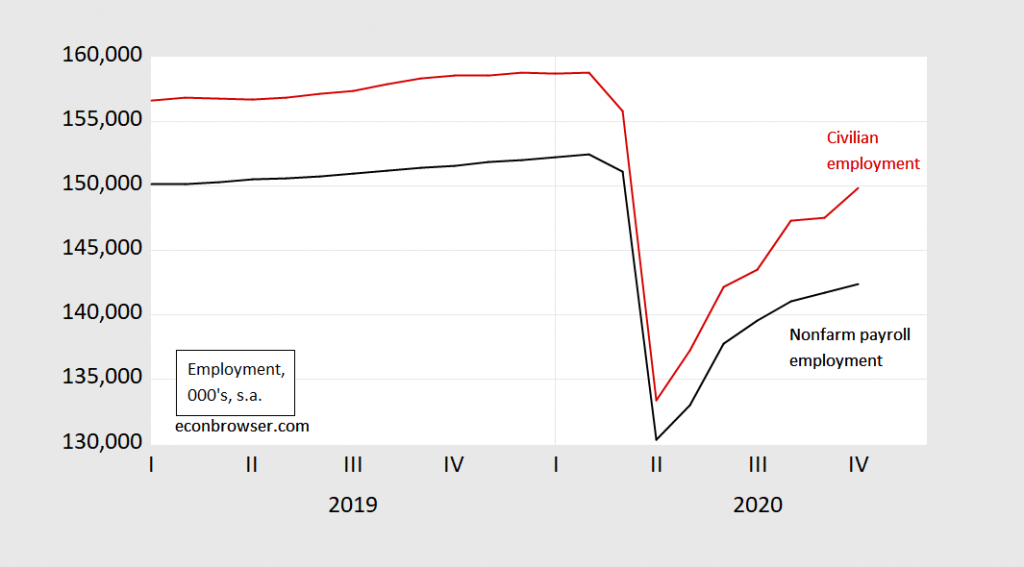 Civilian employment actually increased m/m in October, but that series is particularly volatile. Focusing on the nonfarm payroll number, m/m growth (not annualized, in logs) has fallen from 7% to 6% to 3% to 2%, from July to October. 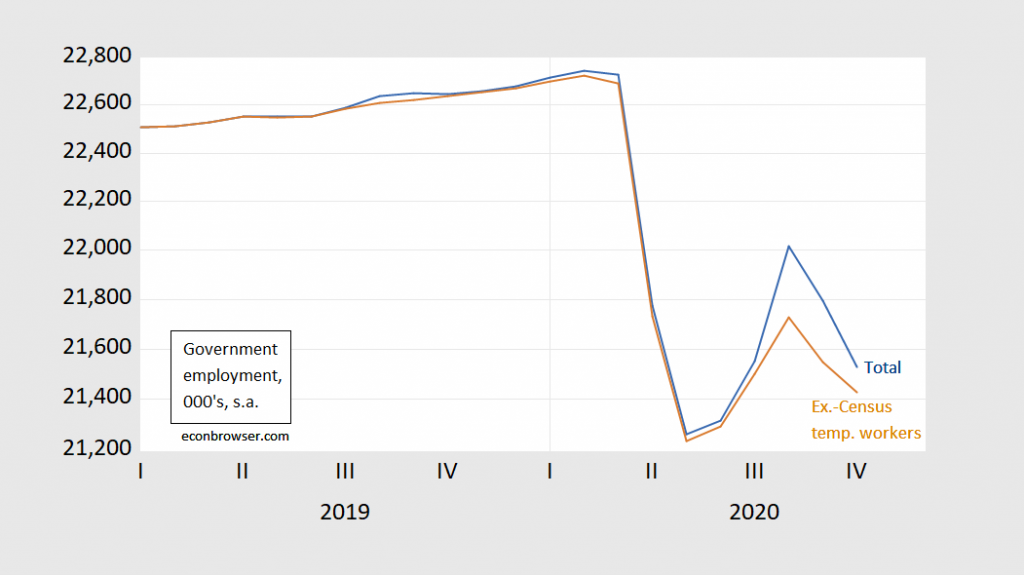 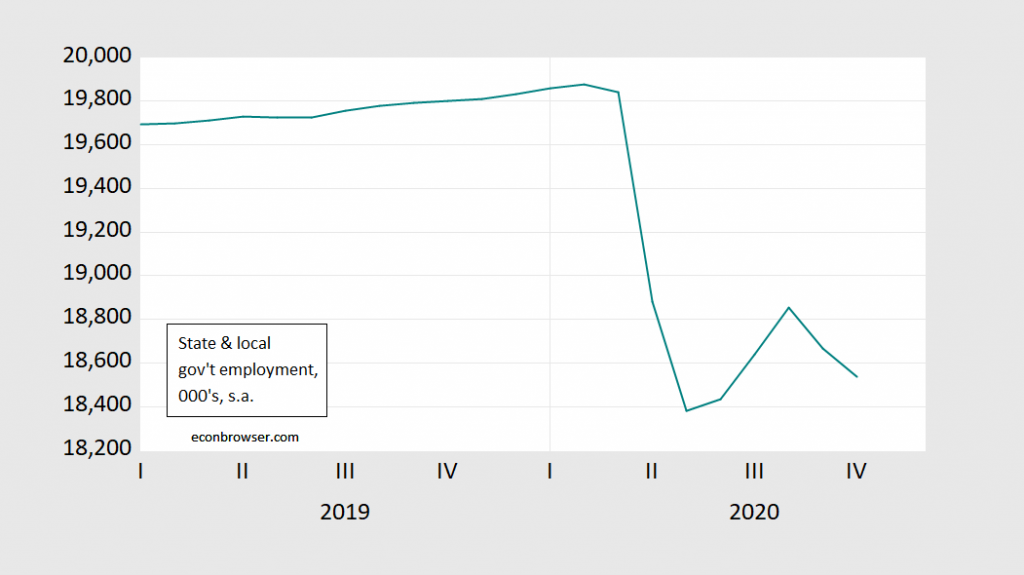 In the wake of the 2007-09 recession, restrained government spending at state and local levels accounted for a lot of the slow recovery. We are at risk of repeating that sorry story, unless the Federal government provides further fiscal aid to the states and localities.