Halfway through November, TIPS 10 year at -0.876% and ten year adjusted for median expected inflation (from November Survey of Professional Forecasters, released today) at -1.264%. 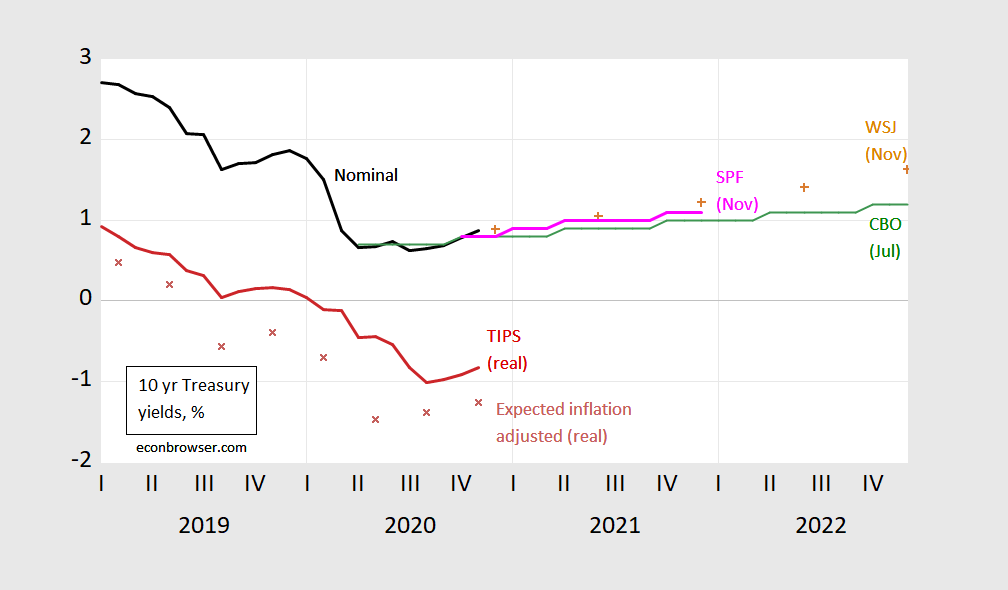 Perspective on how low real rates are now, and how previous forecasts have overshot the actual ex post increase in yields, in this post.

42 thoughts on “The Real Cost of Treasury Borrowing”