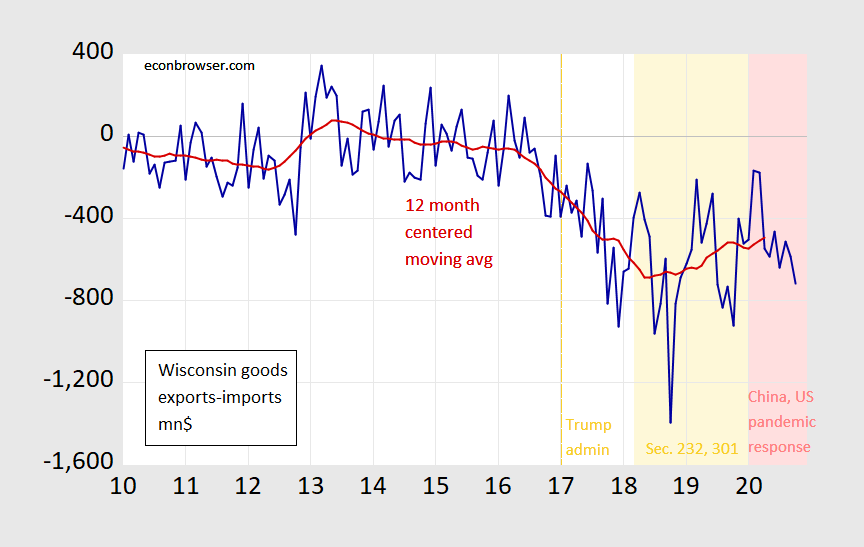 Figure 1: Difference between exports of goods originating in Wisconsin and imports of goods with destination in Wisconsin (blue), and centered 12 month moving average (red). Source: Bureau of Census via FRED, and author’s calculations.

If one looks closely at Figure 1, one sees that there was little change in the gap between Wisconsin originating exports and imports with destination in Wisconsin during the pre-Covid-19 trade war. That is consistent with a near equal decline in Wisconsin goods exports.

Since it doesn’t make sense to include the period encompassing the pandemic, so here is a graph of imports with destination in Wisconsin during the pre-Covid-19 period. 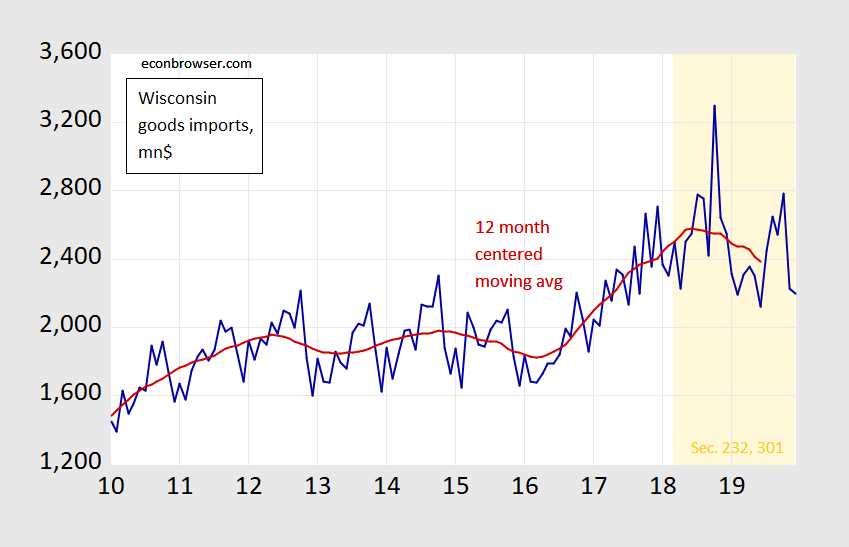 What can we say? At first approximation, imports to Wisconsin seem to fall with tariffs — which makes sense since most of the burden of tariffs seems to have fallen on US users of imported goods. So, if one’s metric were an improvement in the balance between exports originating from, and imports with destinations in, Wisconsin one would be hard pressed to find a substantial improvement.

***An important note: these series do not represent necessarily production in Wisconsin. From the data description:

In certain cases, the state of destination may not reflect the final location for which the imported goods are destined. Rather for these shipments, the state of destination, as known at the time the entry documentation is filed, may reflect an intermediary, storage or distribution point. From there, these shipments may later be distributed to another location in another state as the ultimate destination. For example, a consolidated shipment of many automobiles may be shipped by the importing company to a distribution point in one state  with the intent of later shipping the automobiles to numerous states for final sale.

21 thoughts on “Wisconsin during the Trade War”