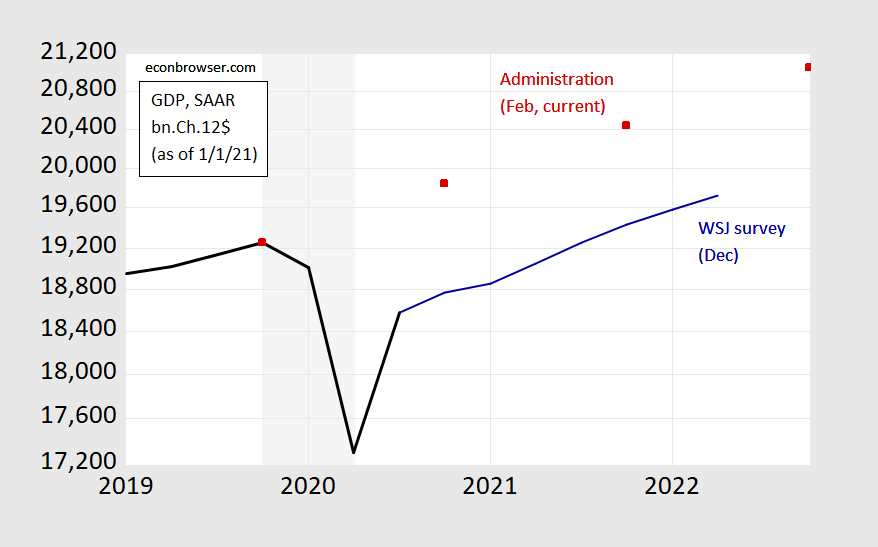 If you thought it odd that the Administration never revised its GDP forecast to account for…reality — you are not alone. It should have occurred during the Mid-Session Review, which is usually released in July. But you can see from the budget components released November 4th that the GDP forecast is identical to the February Budget forecast: 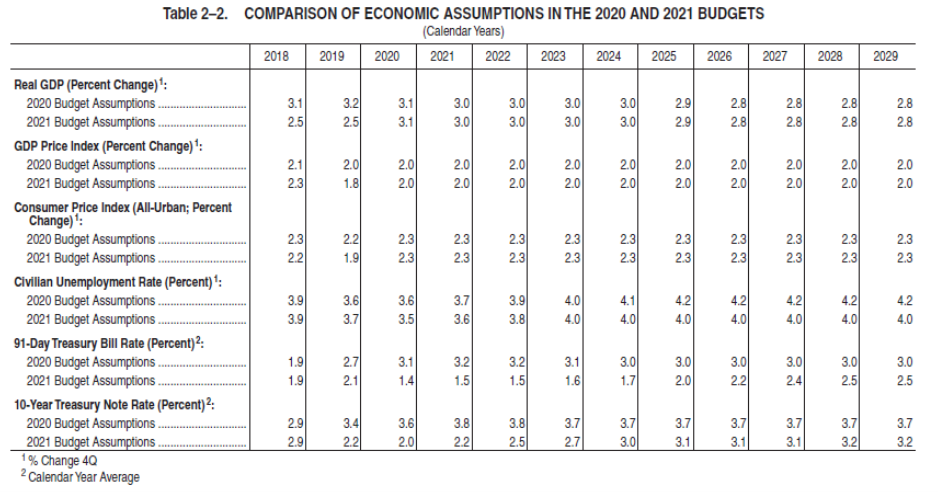 Source: OMB, FY 2021 Budget based on MSR indicating no change in economic assumptions.**

From Chapter 2 “Economic Assumptions and Overview” of the MSR:

The American economy continues the longest expansion in its recorded history. The unemployment rate reached its deepest level in half a century. Prime-age labor force participation has hit decade highs. Real wages sustained their rise. Deregulation has removed  over seven substantial regulations for each one added. The Tax Cut and Jobs Act (TCJA) expanded the capital base and encouraged multinational enterprises to repatriate nearly $1 trillion previously invested abroad.

Discordant elements perturbed this harmonious expansion. The Federal Government’s deficit swelled as large spending increases were approved. Poor performance in the global economy,  industrial turmoil at flagship U.S. companies, and international trade uncertainty subdued business confidence, investment growth, and manufacturing output. In order for 2020 to extend the economic expansion of the past three years, continued implementation of  the Administration’s pro-growth agenda is imperative.

In most years, OMB goes beyond the statutory requirements for the MSR and develops a
revised set of economic variables that agencies use to develop re-estimates of baseline outlays and spending. This year, given the jump in economic uncertainty caused by the COVID-19 public health emergency and the resulting economic downturn, the MSR does not report updated economic assumptions or provide updated revenue and deficit estimates for the budget window. Any such estimates would be entirely speculative, given the range of uncertainty underlying potential future paths of economic growth.