The White House economic assumptions (based on February data) released today in the FY ’22 budget imply full employment output at year’s end, contrasting with 1.4% using Survey of Professional Forecasters (from May) 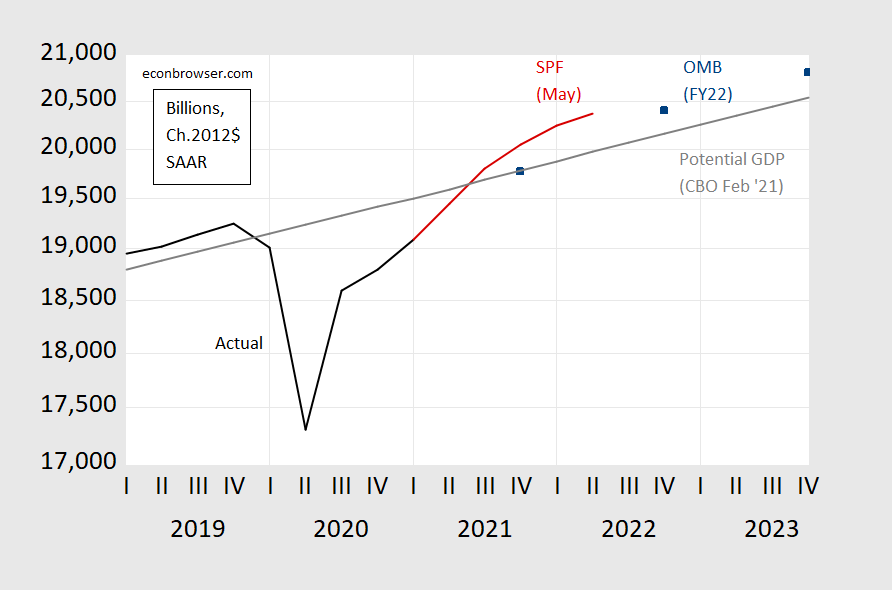 The output gap (using CBO’s measure of potential) only hits 1.3% by end 2023 (instead of end-2021) using the administration’s estimates. The administration’s fairly restrained inflation forecast — 2.1% in 2021 and 2022 annual y/y — makes sense in that context.

Critical in the sustainability of deficit spending is the evolution of interest rates. To some extent, the administration’s interest rate projections — based on data from February — have been overtaken by events. As shown in Analytical Perspectives Table 2-3 below, the February Administration, CBO, and Blue Chip forecasts for 2021 are comparable. 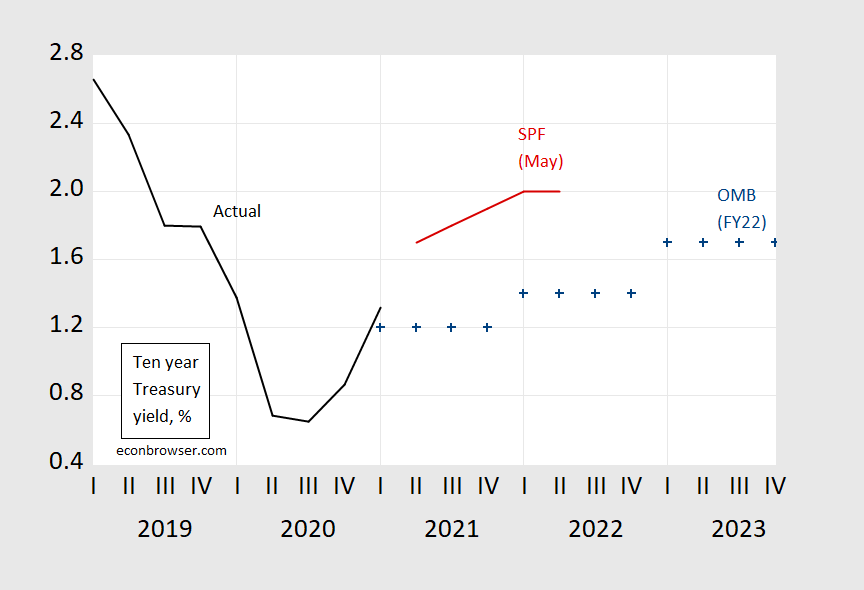 The (May) Survey of Professional Forecasters projection is substantially higher than the White House forecast (based on February data); but as Torsten Slok (Apollo) has noted, such forecasts have typically proved to be overestimates. 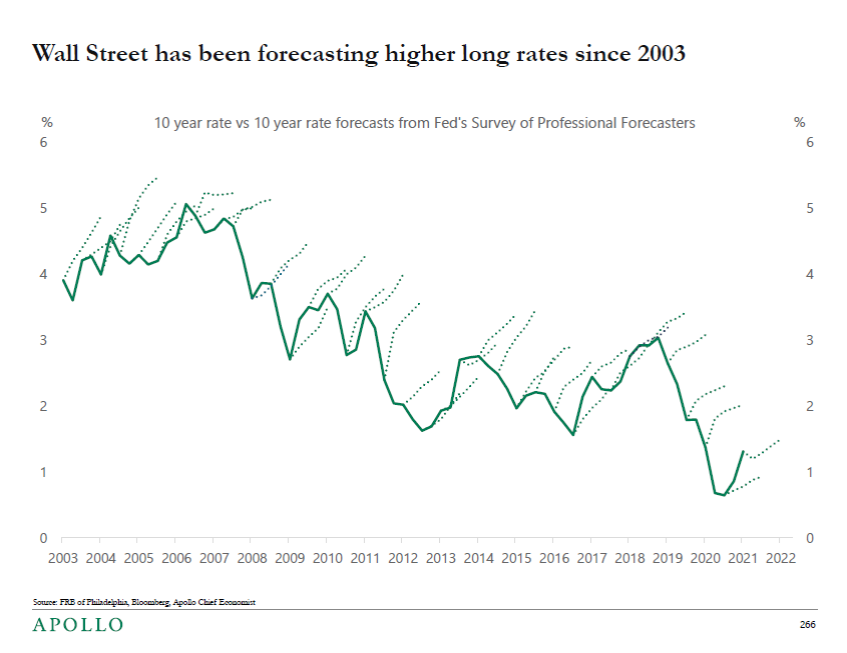 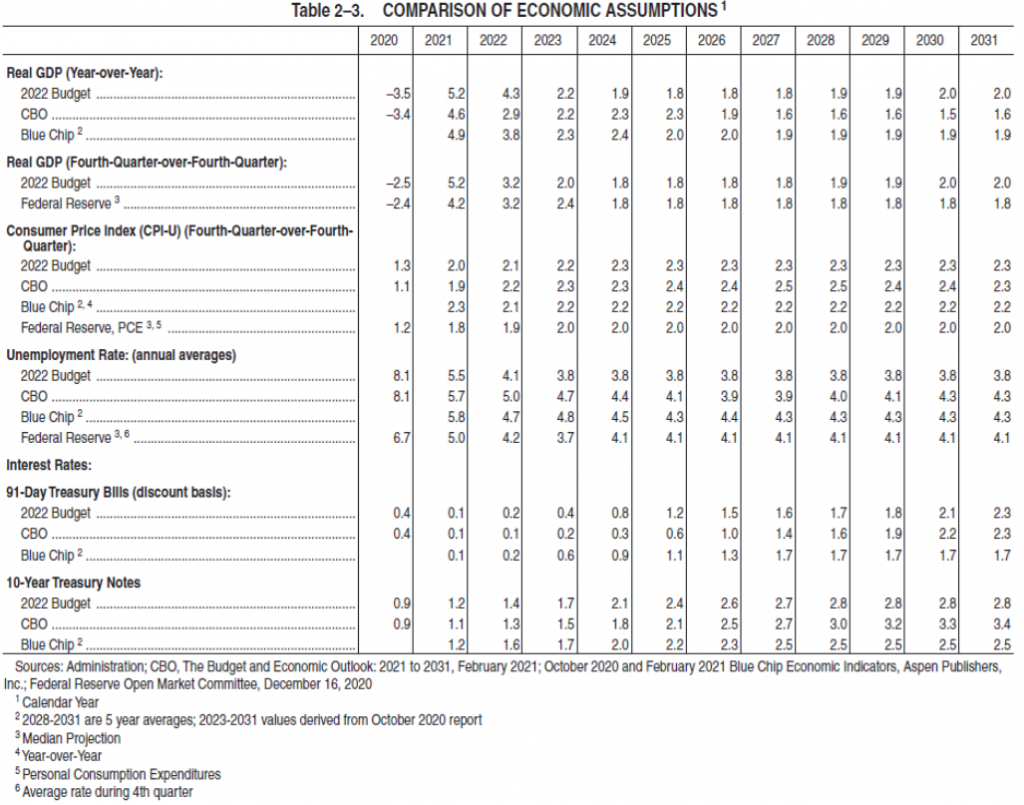 43 thoughts on “Output Gaps and Interest Rates – Survey of Professional Forecasters vs. Troika”