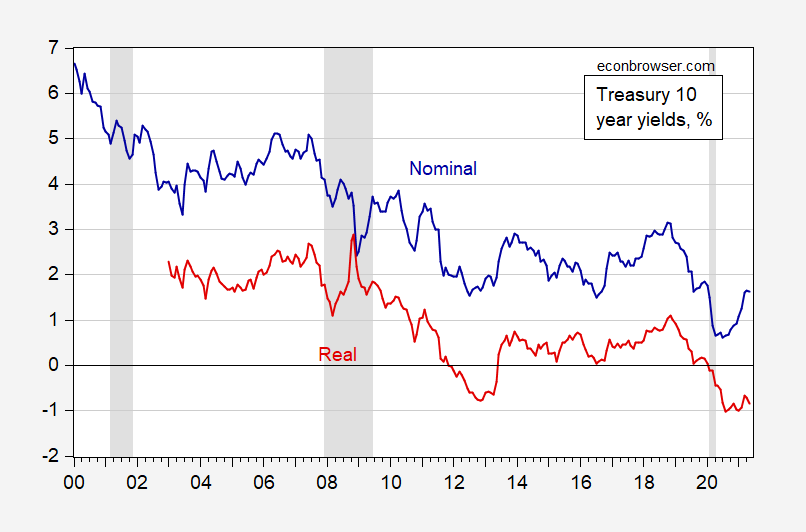 It’s noteworthy that — despite the runup in real and particularly nominal rates — May 2021 real rates are still below anything experienced in the the recovery from the Great Recession, and only slightly higher than the all time lows recorded in August 2020 and January 2021 (monthly averages of daily data).

Hence, this seems  an ideal time for the Federal government to lock in interest rates.

63 thoughts on “Real Borrowing Costs for the US Treasury: May 2021”