Consumption, personal income and St. Louis Fed’s real manufacturing and trade industry sales were released today. The July employment situation will be released next Friday. This is the picture today. 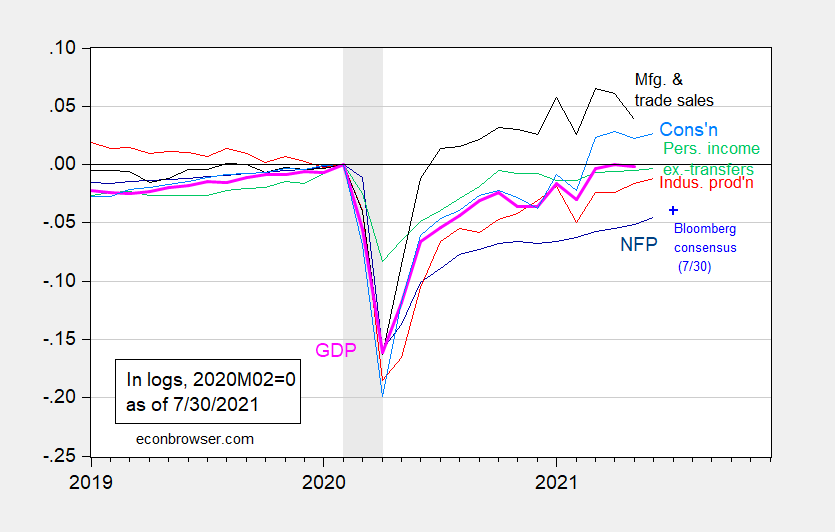 Personal income excluding current transfers growth has stalled out. Relative to the NBER peak in 2020M02, employment continues to be the laggard, down 4.5% (log terms). If nonfarm payroll (NFP) in July rises as forecasted by Bloomberg consensus by 900K, it’ll still be down by 3.9%.

Manufacturing and trade industry sales declined as suggested by retail sales ex-food services (as noted in this post from mid-July). 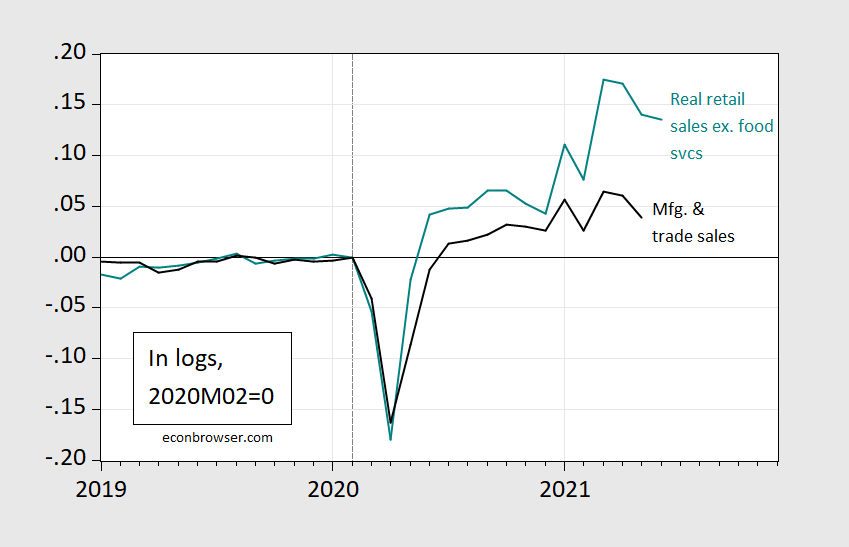 Continued, albeit slower, decline in June is implied (a regression of growth in manufacturing trade sales on growth in retail sales 2019-2021 yields an adjusted-R2 of about 0.84).

Retail sales provided little information on the June change in consumption, as shown below. 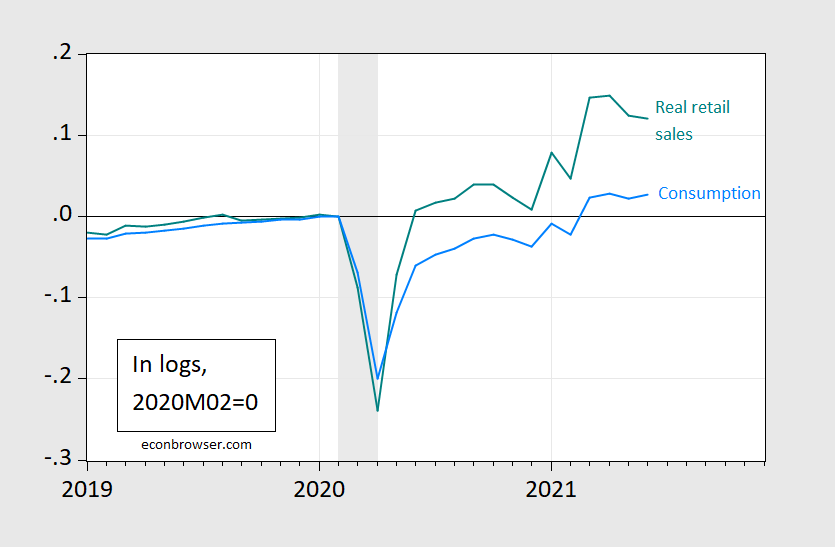 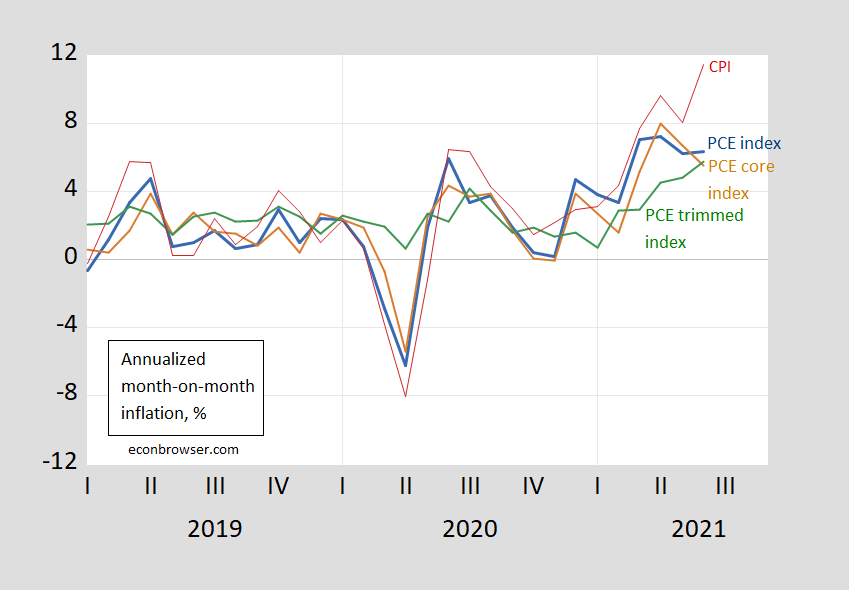 The level of the PCE price index has risen and exceeded the trend defined by 2% from January 2020. 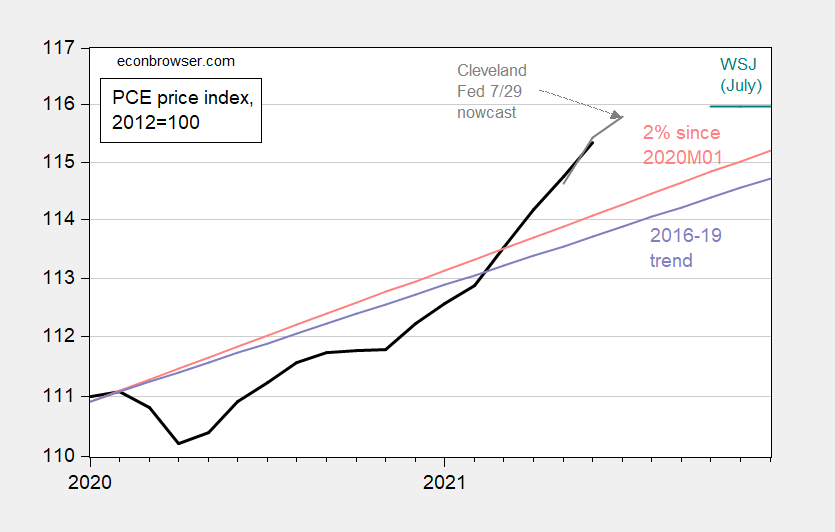 It might not be obvious in the graph, but the 1.1% gap between June actual and trend is the same in absolute value as the -1.1% gap in April and May of 2020.