CBO released an Update to its Budget and Economic Outlook, while the IMF released a mission concluding statement for its Article IV review of the United States. Here are the implied GDP  levels for year-end 2021 [and updated CBO potential GDP, h/t Paweł Skrzypczyński] 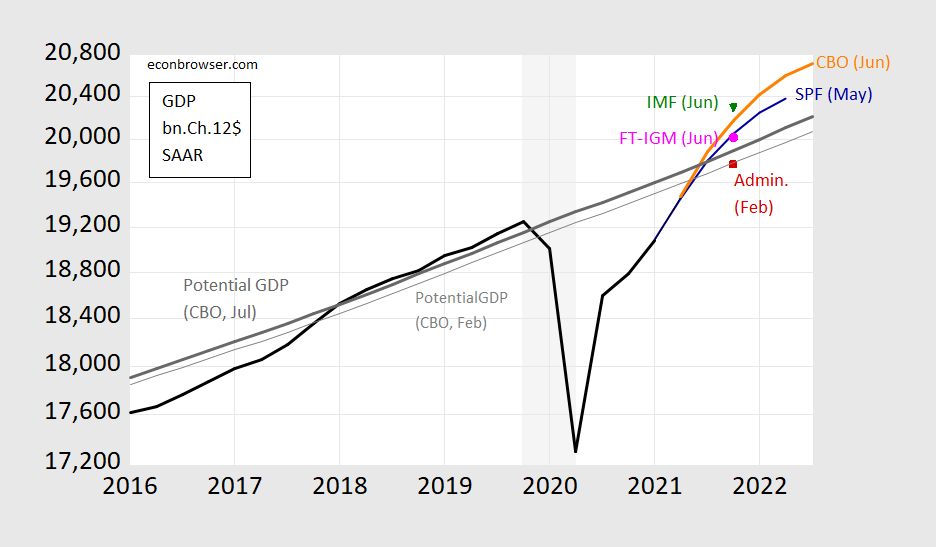 As the pandemic eases and demand for consumer services surges, real (inflation-adjusted) GDP is projected to increase by 7.4 percent and surpass its potential (maximum sustainable) level by the end of 2021.

Potential GDP has been revised up about 0.6% going from the February 2021 to July 2021 reports. That statement seems to indicate that its current estimate of potential GDP is considerably higher than what it indicated in the February report. That would be consistent with assessments that the extent of scarring in the business sector has been less profound than previously feared.