850K was the headline NFP number today. Just a reminder that, while a surprise on the upside (150K over Bloomberg consensus of just yesterday), employment is still down 4.4% relative to NBER peak. 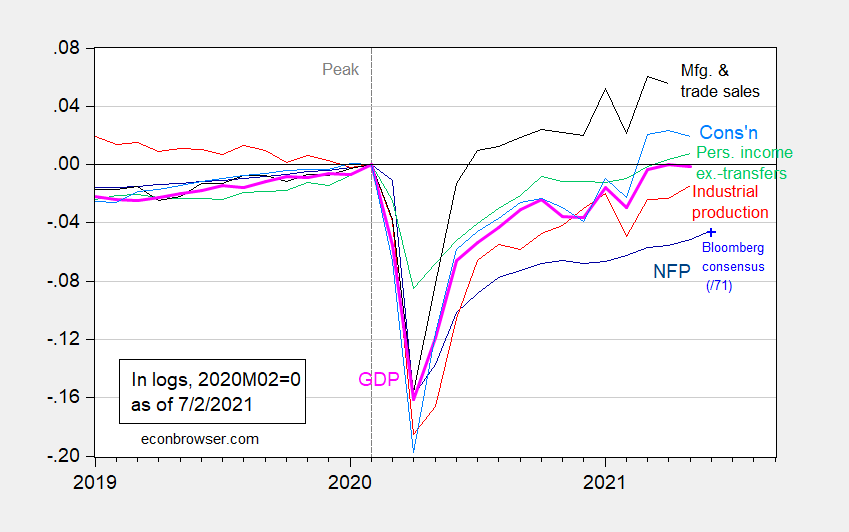 CEA discusses how to interpret these highly volatile employment numbers in such turbulent times, in a blog post from a few days ago.

What is true is that the bifurcated nature of the labor market recovery is diminishing, albeit slowly. 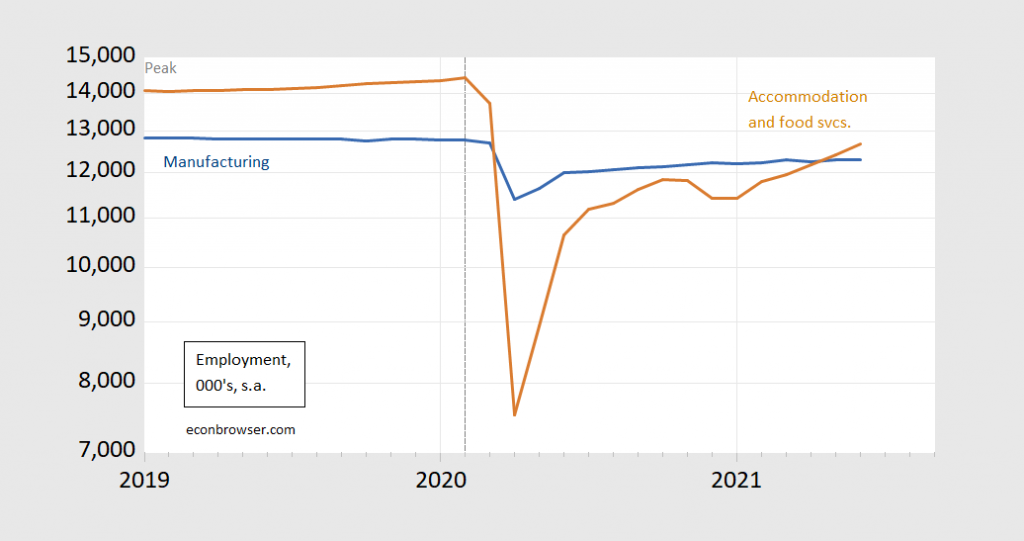 Figure 2: Employment in manufacturing (blue), and in accommodation and food services (brown), both in thousands, s.a. Source: BLS.

Jason Furman and Wilson Powell discuss the messages from the employment situation from the release.

24 thoughts on “The Employment Release and Business Cycle Indicators”