Some observations: (1) The blockbuster number (943 K vs 870K fm Bloomberg consensus) has to be kept in perspective, as NFP employment is far below trend, (2) high contact intensive services employment was recovering quickly through the reference period before the delta variant surge, (3) both average nominal wages and aggregate hours continued to rise, and (4) average real wages likely stabilized in July, at about 1.5% above 2016-19 trend. 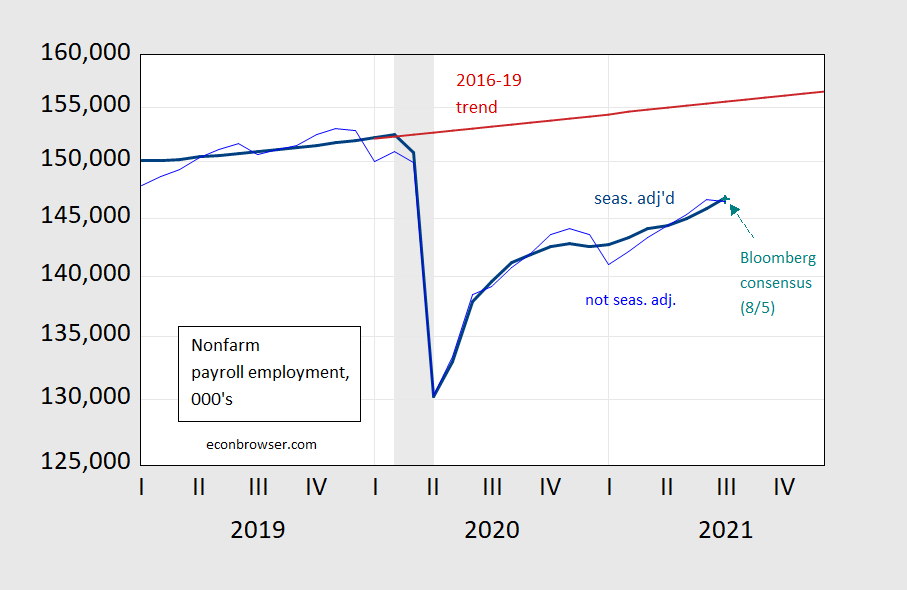 Despite the large number, employment in the big picture does not look much above expected (from the Bloomberg consensus), and remains 5.7 million shy of peak (3.8% in log terms). Employment is 5.8% below the 2016-19 trend. Note that the seasonally adjusted and not seasonally adjusted series agree on the levels of employment, as do the 12 month percentage changes.

The sectoral distribution of growth is also remarkable. Manufacturing continues to grow as it has, after a couple of hiccups, but accommodation and food services have really staged a comeback – at least through the 2nd week of July (the reference period). 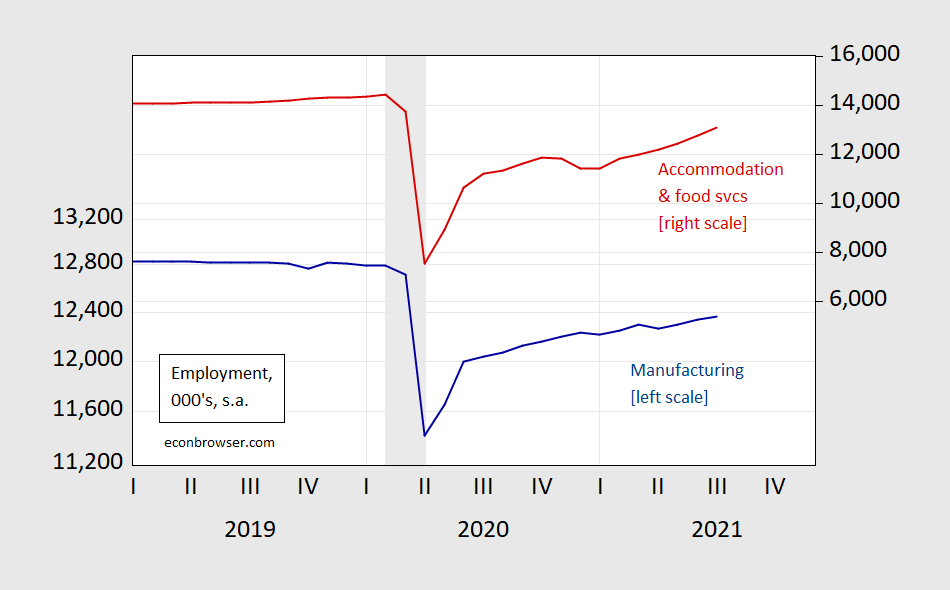 Nonetheless, accommodation and food services employment remains 9.7% (1.3 million) below peak, while manufacturing employment is only 3.4% below (433 thousand). And this is before the impact of the delta variant was being felt in terms of risk averse behavior in high contact activities, occurring toward the end of July. 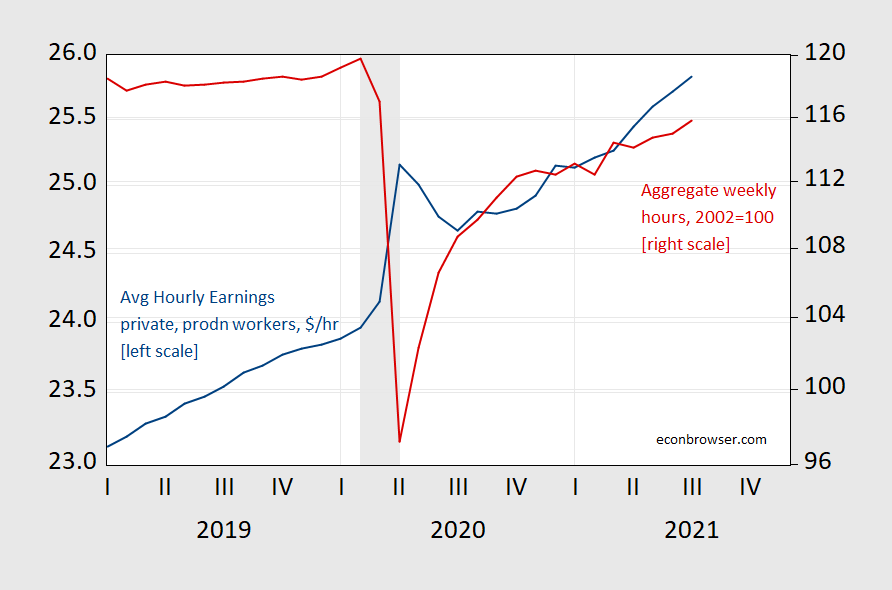 With rapid see-saws in inflation taking place, it’s important to think about real earnings (it would be better to look at earnings by categories or by income deciles, but I haven’t had a chance to do that). Figure 4 shows real average hourly earnings, calculated using the CPI-all (and the Philadelphia Fed’s nowcast for July). 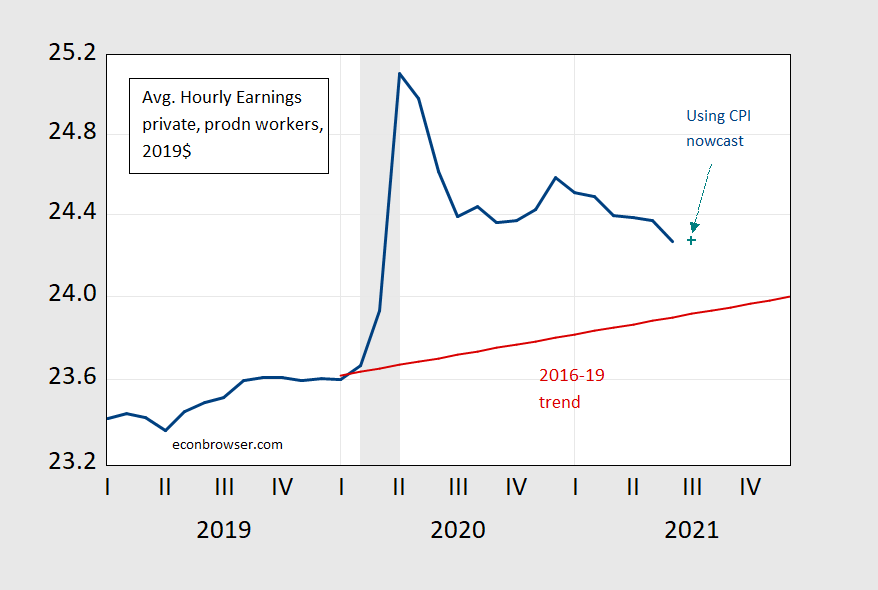 Here is nonfarm payroll employment in the context of some key indicators followed by the NBER BCDC. 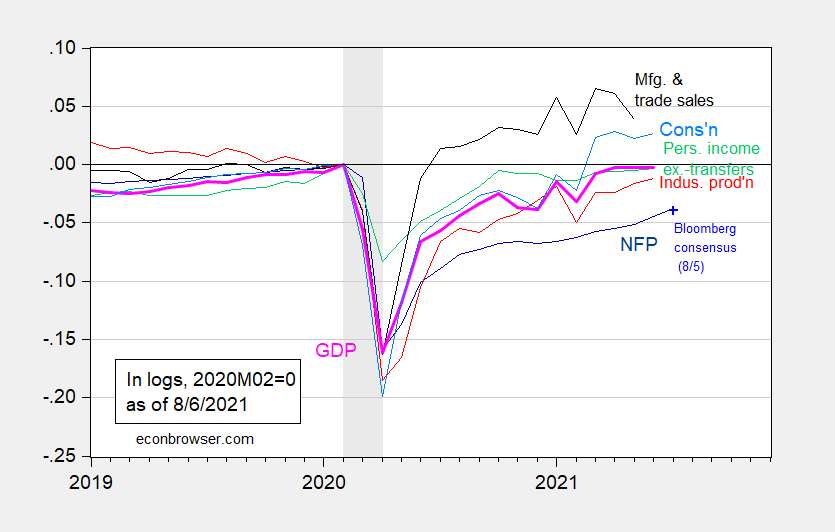 18 thoughts on “Perspective on the Employment Release”