Florida is decelerating faster than the US, according to the Baumeister et al.   Weekly Economic Conditions Index (discussed in this post) just released today. 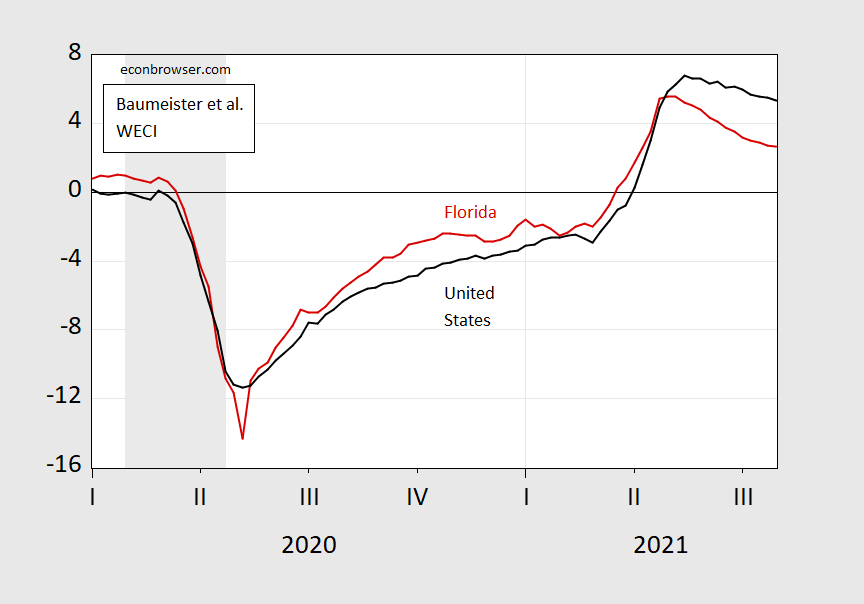 The Baumeister et al. measure is noteworthy because it provides a reading on the Florida economy through the end of July. The latest conventional indicator for the state is from June. Even when the employment figures for July are released by BLS on August 20th, those figures will pertain to the reference week before mid-July, and before the delta variant surge.

One can see that weekly deaths in Florida are now rising strongly (as tabulated by CDC). Although Florida’s economy is decelerating faster than the nation, it’s hard to see economic activity taking a nose dive in response, so far. 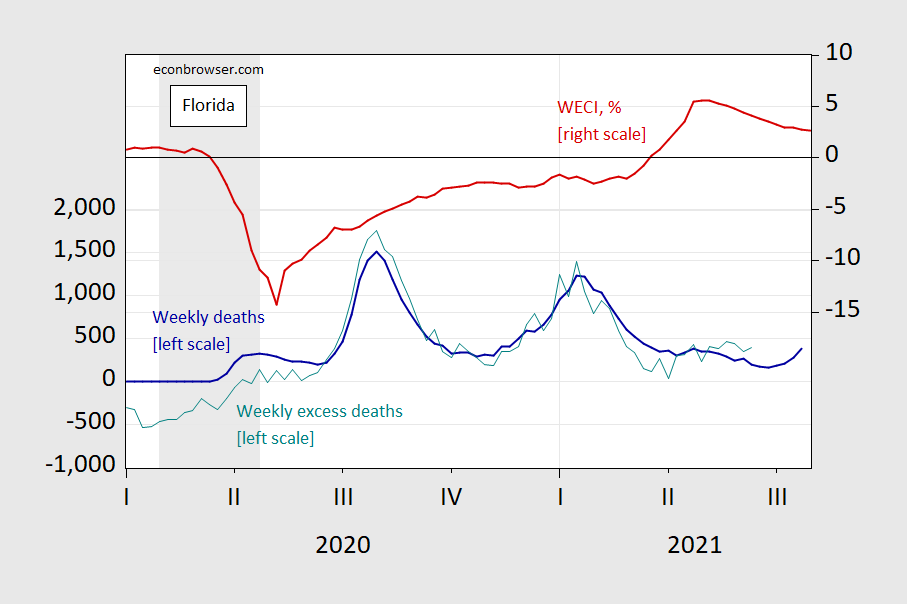 However, as has been amply documented, the CDC ensemble model has just raised its forecasted deaths as more data comes in. The most recent IHME forecast of 8/5 (which is not included in the released CDC ensemble model) is here.

Forecasted reported deaths peaks on 8/25, at about 146 deaths per day, or 1022 per week. Corresponding figures for excess deaths (which are typically considered more accurate) is 203 deaths per day, or 1423 per week. Deaths reported today (not 7 day moving average) was 199; current hospitalizations due to Covid-19 were at 13427, exceeding the prior peak level of 12282 recorded for July 23, 2020.

IHME’s latest forecasts indicate that over the next two months, an effective mask mandate would be expected to decrease reported deaths by 1250.

As a social scientist, I am curious to see Governor DeSantis’s tolerance level – i.e., how many fatalities/day will induce him to take emergency public health measures. For me, it’s conceivable that he never does, and tries to hang on until fatalities decrease as behavioral changes take hold.