Figure 1 from the paper shows what the IMF was forecasting in its October 2019 IMF World Economic Outlook (WEO): 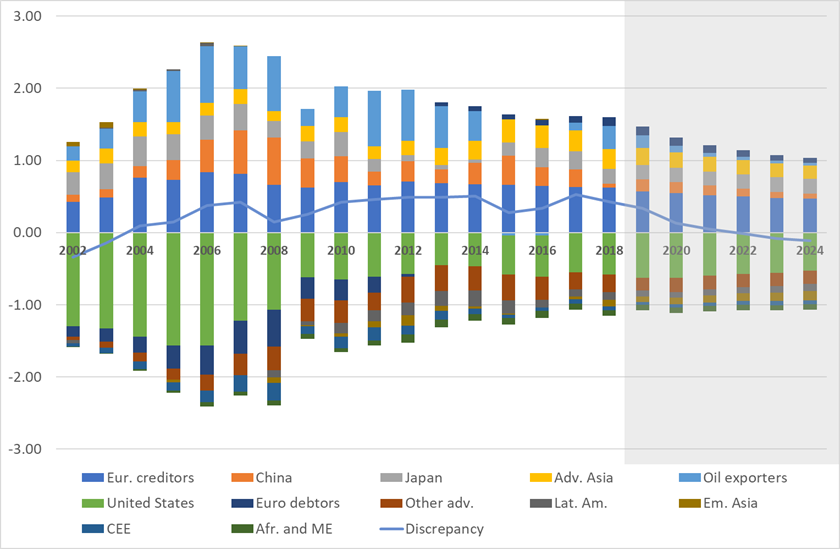 This is what actually happened (along with the April 2021 WEO forecasts): 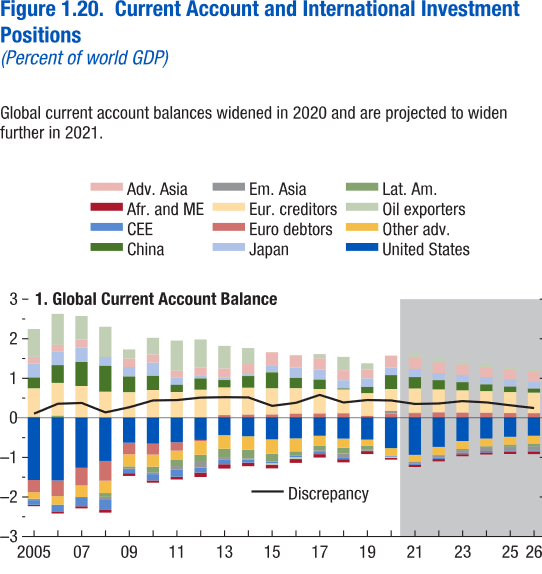 New forecasts will come out with the October 2021 WEO within the next week and a half. For now, it’s interesting to see a predicted shrinkage of current account imbalances after the predictable 2020-21 surge (predictable in part due to the aggressive fiscal stimulus in the US). The April WEO viewed the increases in imbalances as temporary. To the extent that assessment is correct, we should see the longer term factors re-assert themselves.

On the other hand, the 2021 External Sector Report stresses the importance of fiscal policy — and indeed in our paper we find a heightened impact of fiscal policy. That means the trajectory of imbalances depends substantially on how post-Covid fiscal policy is conducted.