While there was a big downside NFP surprise (194K vs. Bloomberg consensus of 500K), the overall picture is not much altered: 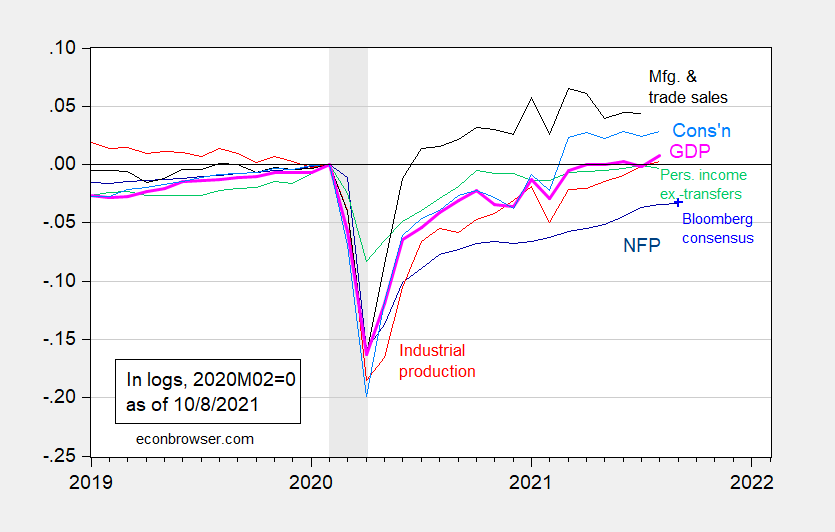 There are reasons to believe that the September figures are perhaps distorted somewhat by seasonal issues (including school related), as well as real-world factors like the rise of the delta variant’s impact, to be discussed in the next post. For now, it’s useful to consider private employment, which experienced a smaller miss (317K actual vs. 455K consensus). 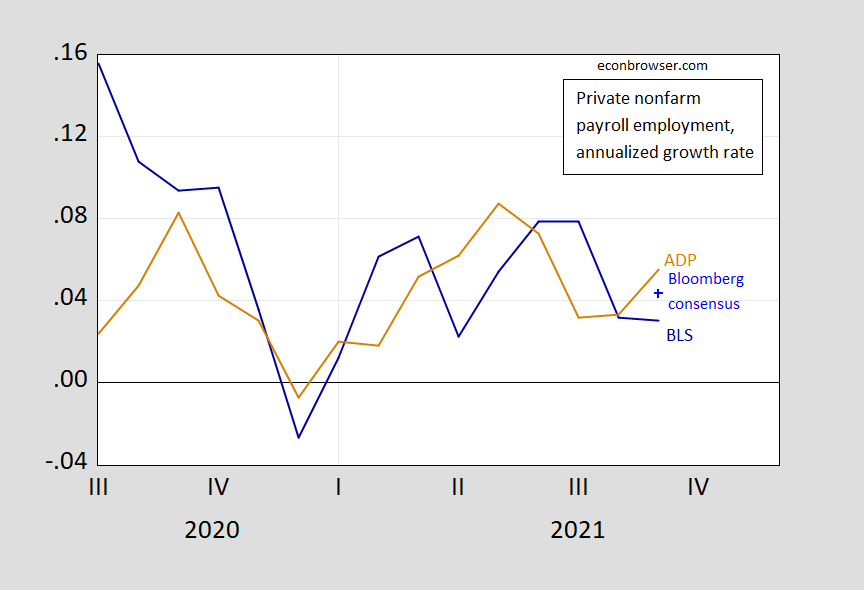