PPI indicates they are down: 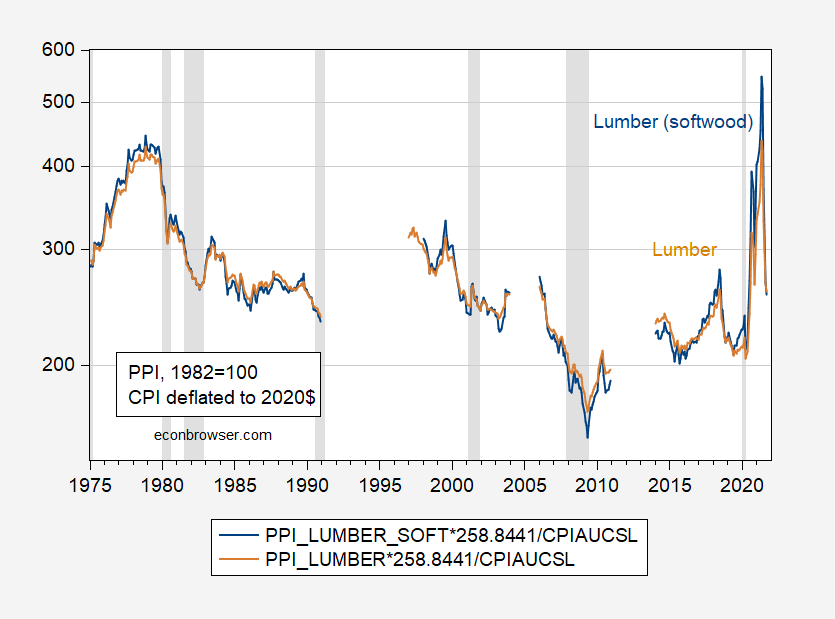 The lumber real PPI is essentially back at the levels at the 2018M06 peak. 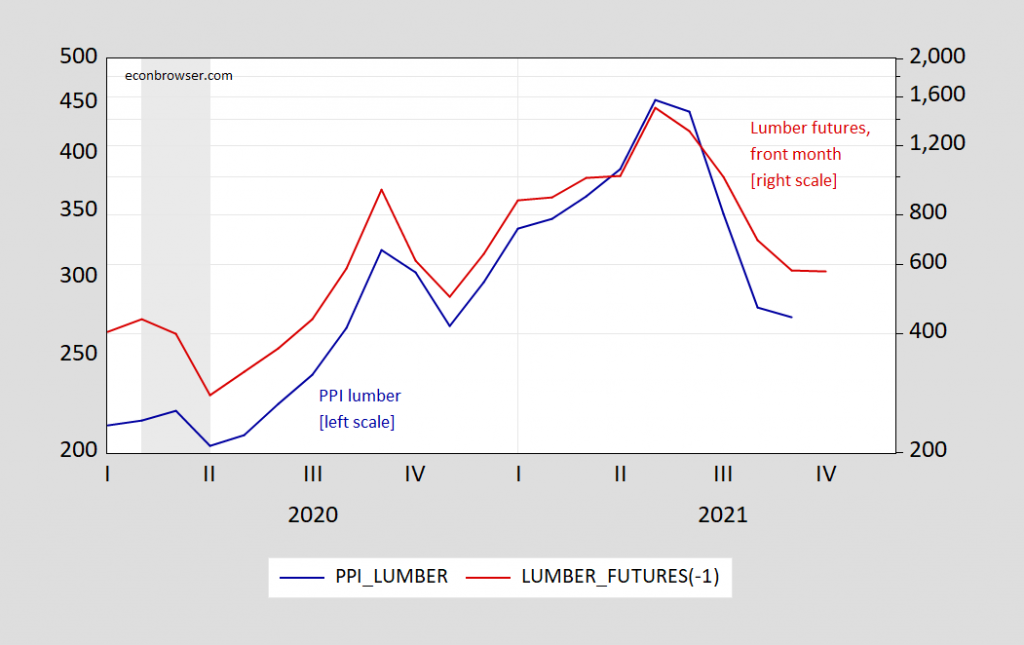 Reader joseph asserts that plywood and other engineered products have not come down in price as much. I don’t see this in the PPI data. 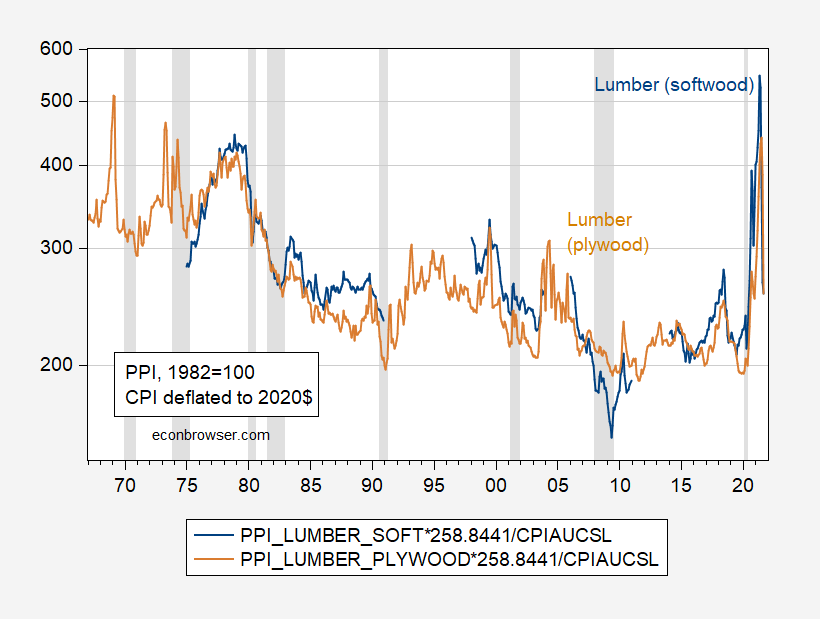