I thought this had been determined half a century ago, but just to remind people in case they’d forgotten. 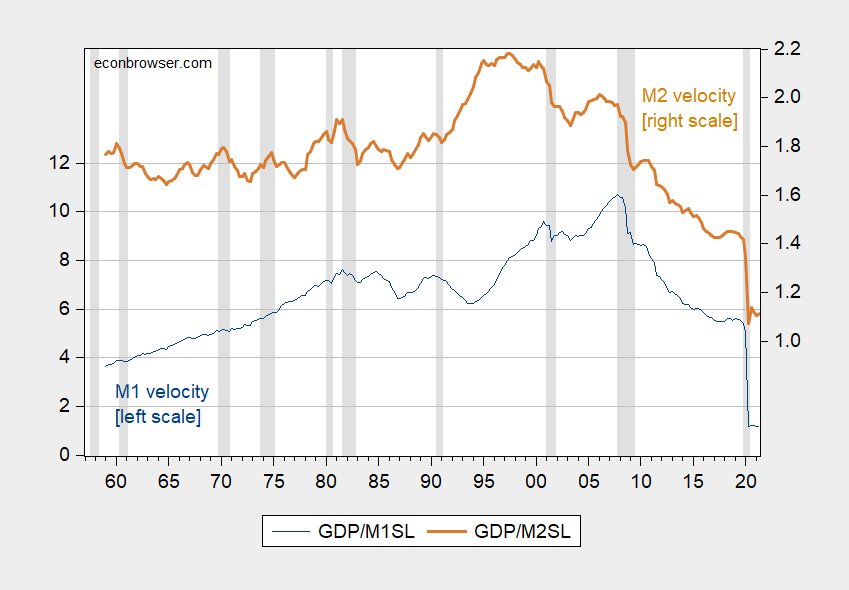 If you want to use the Quantity Theory to predict future inflation, well, be my guest.

There are about a gazillion articles on what determines velocity, but interest rates are the most obvious, followed by financial innovation (just think about the money demand equation that is buried somewhere in some versions of the Quantity Theory).

26 thoughts on “Velocity Is Not Stable”