Here’s a picture of Brent (monthly average of daily data) through October, and futures. 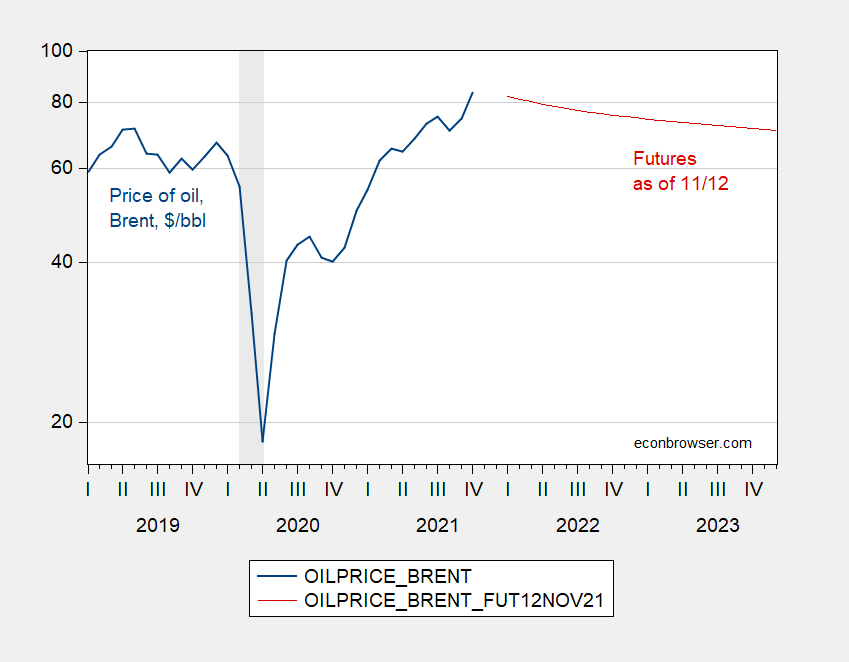 Chinn and Coibion (2014) and subsequent analyses find futures do a fairly good job at prediction. Chinn and Coibion examined data up to 2012, for WTI, while Kwas and Rubszek (Forecasting, 2021) examined both WTI and Brent for 2000-March 2021. As noted in this post, futures improve upon a random walk for both RMSFE and direction of change at horizons up to a year.

The DOE’s Energy Information Administration model as reported in the Short Term Energy Outlook reports the following forecast for WTI (as of November 9th): 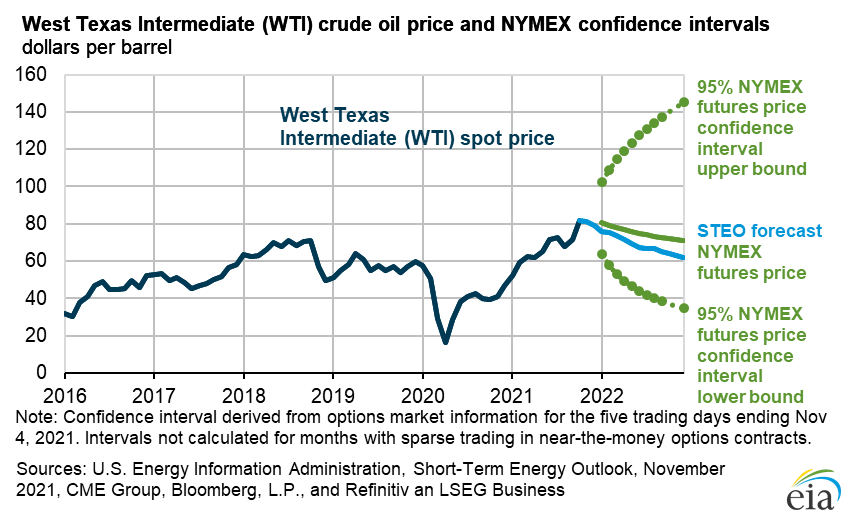 So both WTI and Brent are forecasted to decline. How much credence to put in either futures or the STEO forecast (described here)? Miao et al. (Energy Economics, 2017) conducts a horse race of LASSO factor models against various benchmarks, including futures and STEO’s forecasts. Futures and the STEO model do not do altogether badly in terms of the RMSPE’s.