Monthly GDP for November is in; next big indicator is December nonfarm payroll on Friday. Here are some key indicators followed by the NBER BCDC. 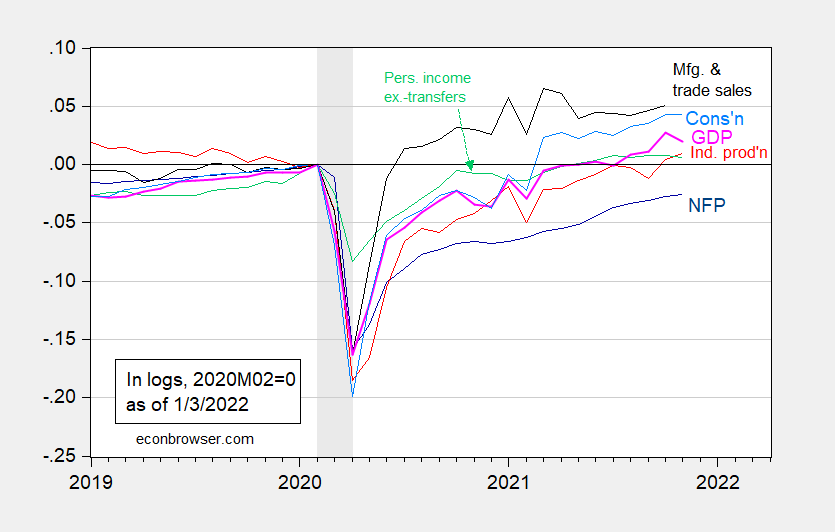 Monthly GDP as measured by IHS-Markit is down. From today’s release:

Monthly GDP declined 0.8% in November, reversing about one-half of
a 1.6% increase in October. T…. The November decline was mainly accounted
for by a sharp widening of the goods deficit. There was also a decline
in nonfarm inventory investment.

One hint at what will show up in the employment report is a hit to leisure and hospitality employment. As Paweł Skrzypczyński points out, seated diners in December are down relative to 2019 levels, so sectoral employment is unlikely to have increased strongly. 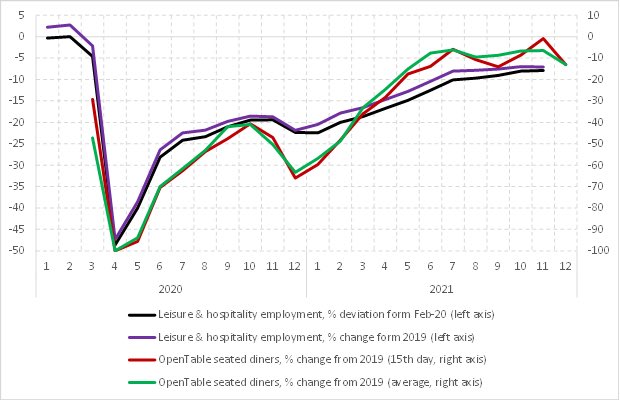