The CPI surprised on the upside by 10 bps relative to Bloomberg consensus (also higher vs. Cleveland Fed nowcasts). How did financial markets respond? 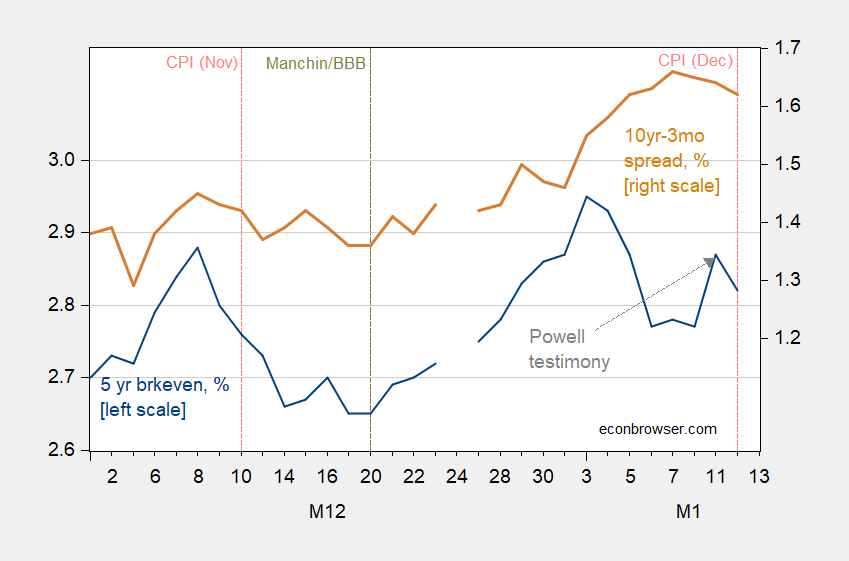 Not much of an effect on the term spread. The 5 year 5 year forward expected inflation fell as well. 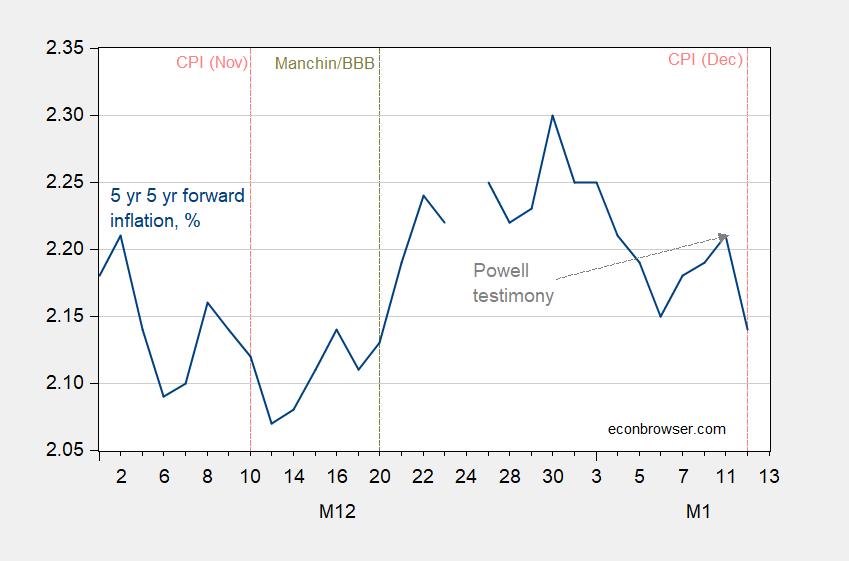 Finally, in a sticky price world where there’s a Taylor rule in place, one would’ve expected a dollar appreciation on the inflation surprise (as in Clarida (2007)). Instead, the dollar stayed flat. 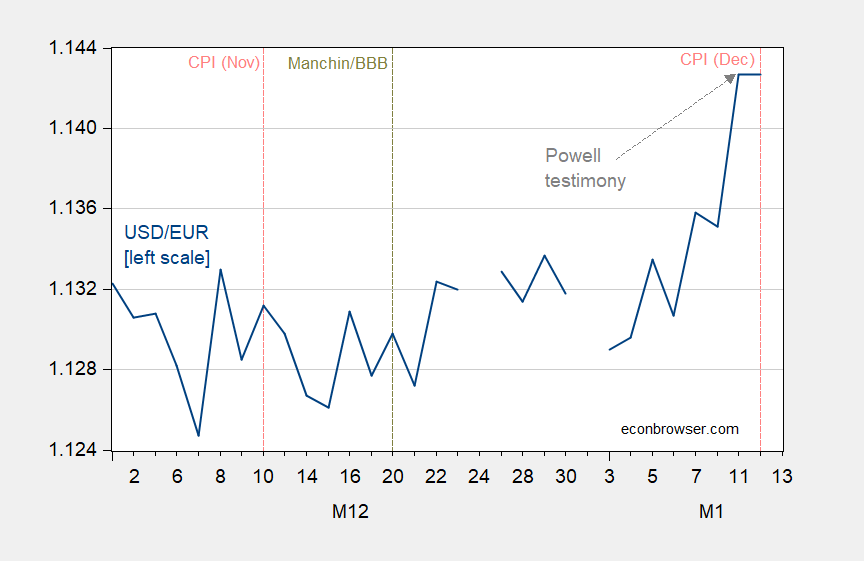 To me, this means the market was not particularly surprised by the CPI number, notwithstanding the headlines about record y/y inflation. That makes sense to me as soon as one realizes that month-on-month inflation continued to fall in December.