All measures — even those typically upwardly biased — indicate slower inflation over the next year. 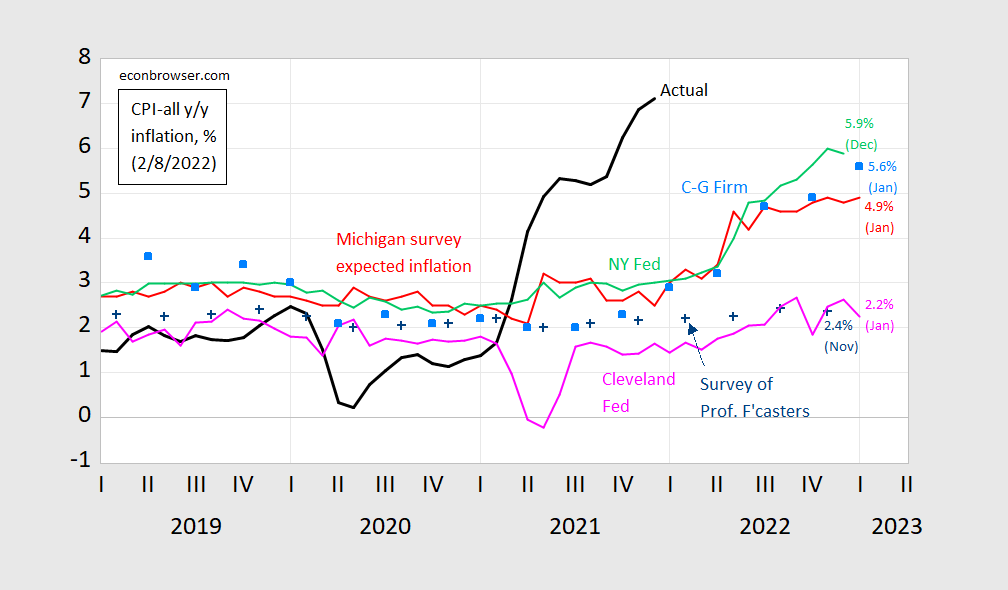 Households and firms (as measured by Coibion and Gorodnichenko in new release) expect elevated inflation, between 4.9% to 5.9%. The Cleveland Fed indicator, based on both market and survey data, is down to 2.2%. The Philadelphia Fed’s Survey of Professional Forecasters will be out in a week.

50 thoughts on “Expected Inflation over the 12 Months”