Were wages flat during the Obama administration? Did they rise appreciably faster in the first three years of Trump (as asserted by this commentator)? 30 seconds of data retrieval reveals the answer is “no”. 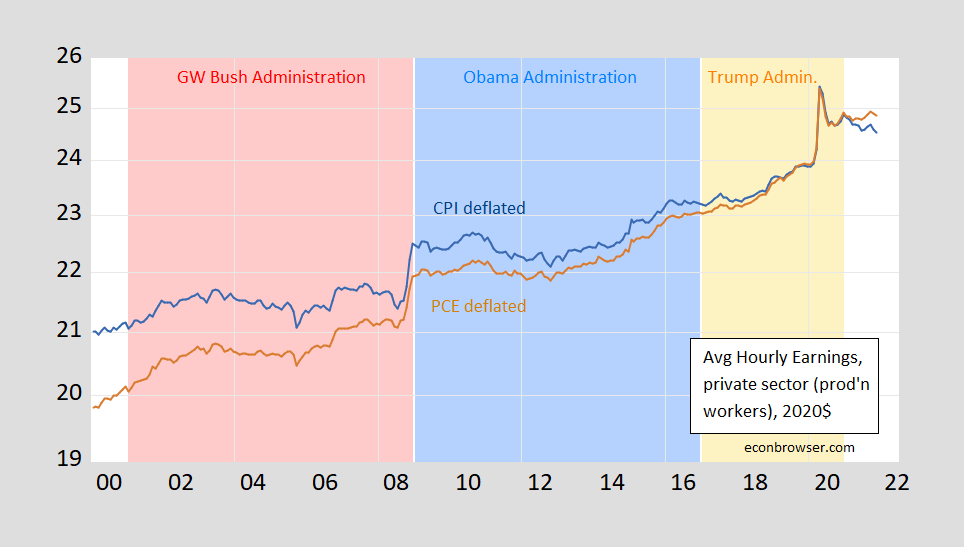 Annualized growth rate of real (PCE deflated) wage was about 0.6% during Obama administration. It was about a 0.6 percentage point higher during the first three years of the Trump administration, but that difference was nowhere near statistically significant. [calculated regressing first log differences on a constant and a Trump dummy, sample 2009M01-2019M12 – MDC 3:40pm]