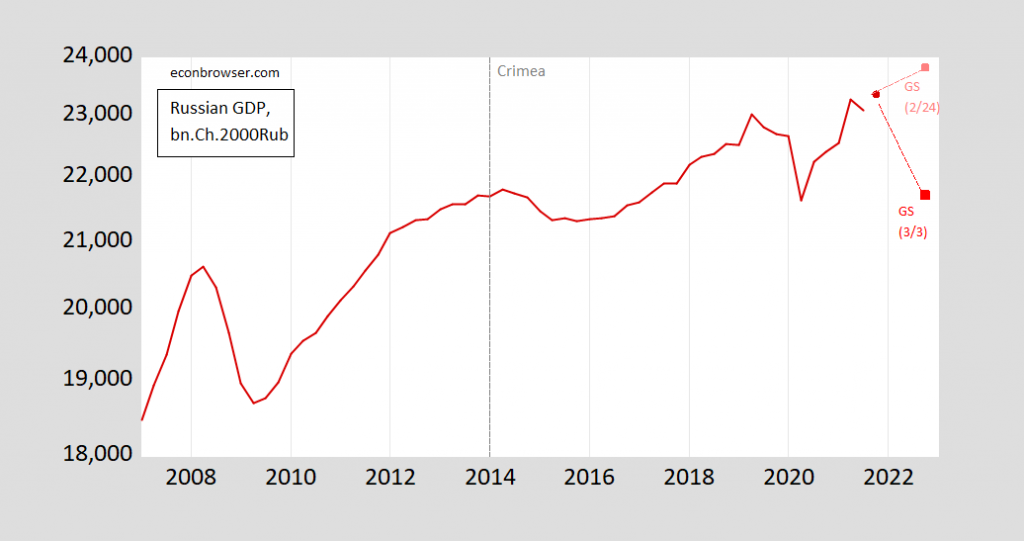 If the GS forecast (incorporating sanctions effects and a heightened interest rate) were to prove correct, then this downturn would dwarf the 2014 recession.

Obviously, a cessation of hostilities might drastically change the situation. However, it’s been pointed out that economic sanctions tend to be “sticky” (listen here OMFIF podcast, also FT today), so unless everything is completely resolved in an unexpectedly amicable way, we may be in a world of severe economic sanctions for a while.