(Or…, are renewables useless because of peak load issues?) From IPCC AR6 Working Group 3 report (page 6-24): 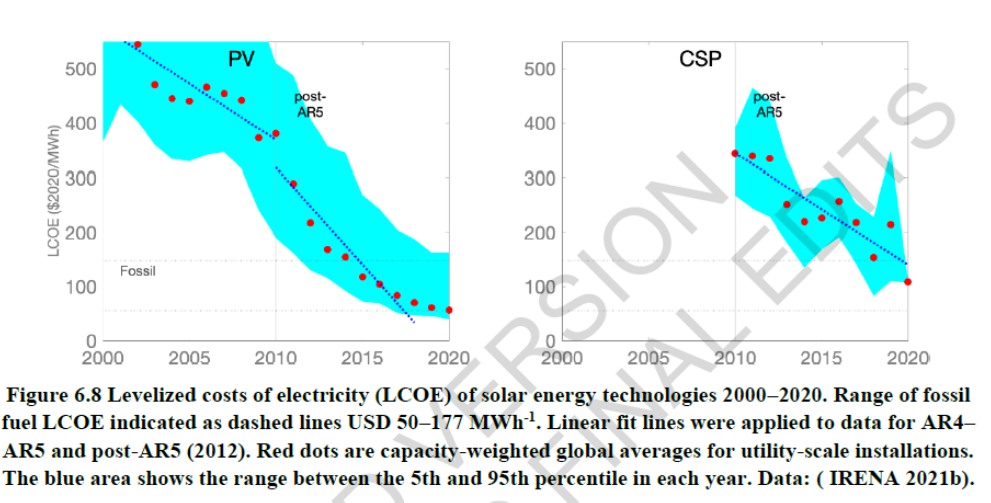 Here are projections for full capital costs for 4 hour lithium battery for a utility: 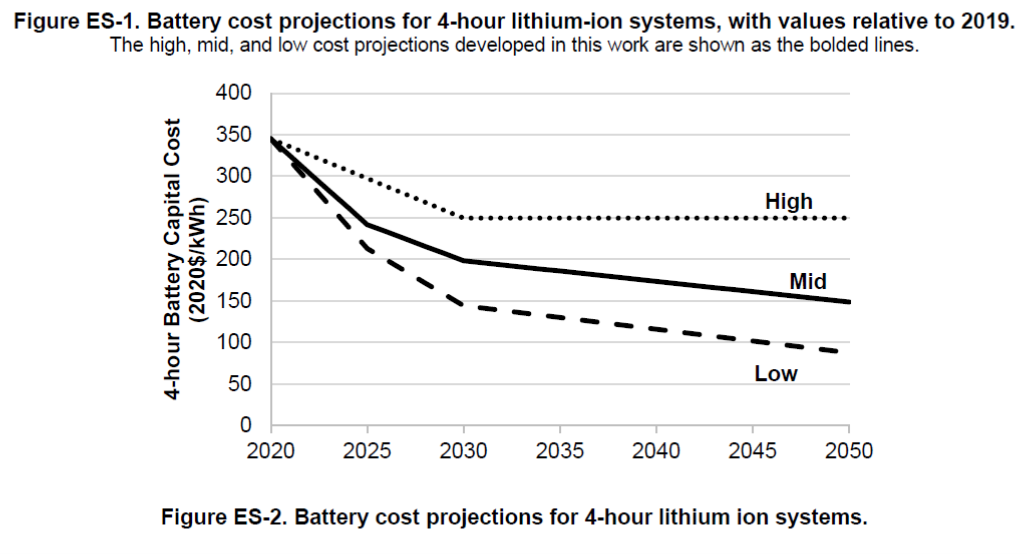 Power storage costs are declining over time (see discussion of other renewables power generation/storage/transmission costs here), so that over time we should renewables become more and more cost-effective (on a private cost basis – i.e., not even taking into account the externalities associated with use of fossil fuels).