Firm expectations nudge up, but household/consumer expectations are down. Survey of Professional Forecasters forecasts as of early July, out on Friday. 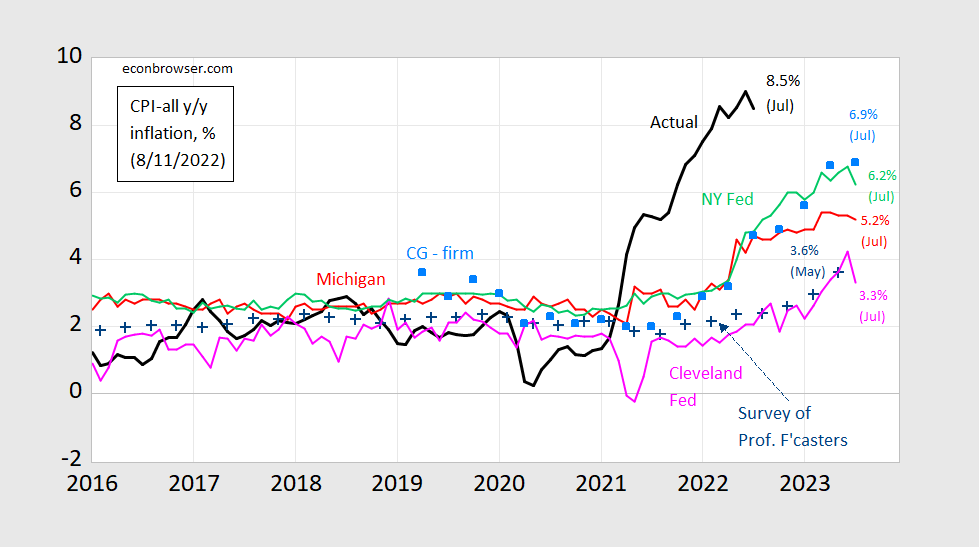 146 thoughts on “One Year Ahead Expected Inflation”